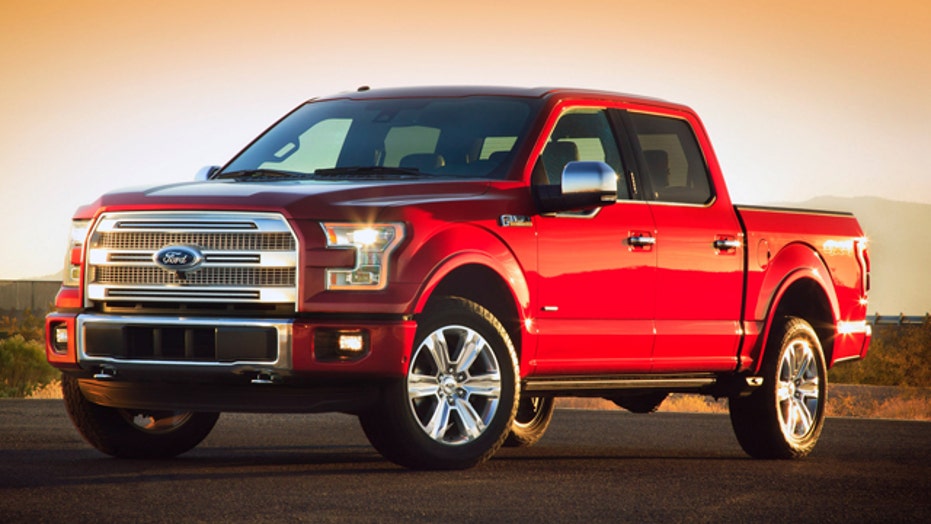 Detroit – Ford’s most traditional vehicle is being radically changed.

The all-new 2015 F-150 pickup unveiled today features a cab and bed constructed almost entirely from aluminum, a first for the segment.

Ford says the lightweight metal will cut up to 700 pounds from the trucks, improving their fuel economy, performance and hauling capabilities.

While the F-150’s frame remains primarily steel, Ford claims the military grade of aluminum it uses for the body is just as strong and dent-resistant, and inherently less likely to corrode.

Tune into America’s Newsroom today at 9am for Bill Hemmer’s behind the scenes look at the making of the new F-150.

Along with the next gen bodywork, the F-150 will also launch with a selection of four engines that includes updated versions of the 5.0-liter V8 and turbocharged 3.5-liter V6 offered today, as well as a new 3.5-liter V6 and a turbocharged 2.7-liter V6 that’s set to the fuel economy champ of the lineup and was secretly entered in last year’s Baja 1000 off-road race, finishing the 833-mile course without any issues. The current 6.2-liter V8 will no longer be available.

Power and MPG ratings for the motors have not yet been revealed, but all four will be equipped with six-speed automatic transmissions.

The F-150’s style is a near carbon copy of the Ford Atlas concept revealed at last year’s Detroit Auto Show, in particular its large six-sided grille and split headlamp arrangement; their chiseled shapes echoed by the interior design.

Class-exclusive integrated loading ramps and a remote opening tailgate will be offered, while electronic driver assist features include adaptive radar cruise control, a blind-spot warning system and lane-keeping assist, which uses a camera to help help steer the truck between the lines on the road.

The F-Series is Ford’s best selling nameplate of all time and has been the number one vehicle in America for 32 years, moving over 760,000 units last year alone. It’s clearly not broke, but with fuel economy standards increasing dramatically over the next decade, the automaker decided to fix it anyway, and hopes its loyal buyers will come along for the ride.