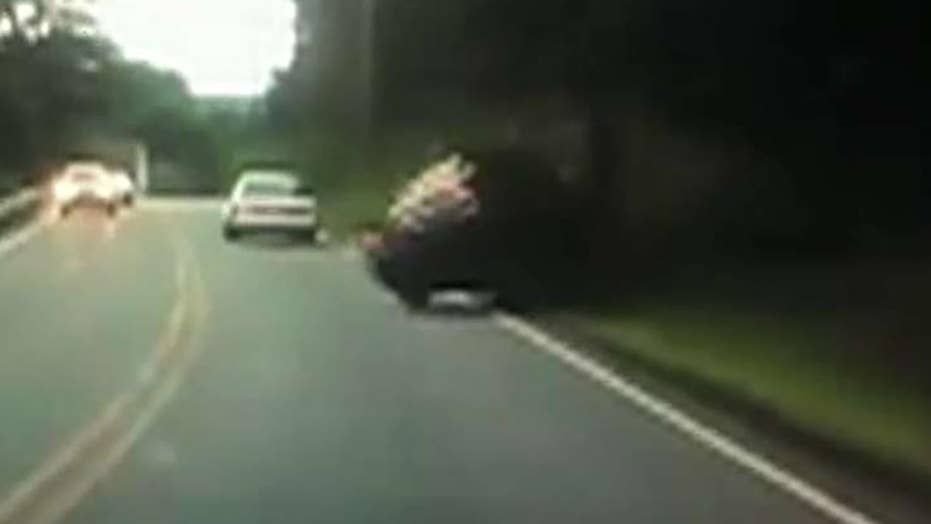 The Berlin Police Department releases video of a driver's scary crash to discourage people from texting while driving.

After a successful trial, the Australian state of New South Wales is rolling out a network of 45 Mobile Detection Cameras that use artificial intelligence to determine if the driver has something in their hand.

The image is then flagged for review by a human who determines if a $232 fine should be issued.

"There is no doubt drink-driving, as far as I'm concerned, is on a par with mobile phone use, and that's why we want everyone to be aware that you're going to get busted doing this anytime, anywhere," New South Wales roads minister Andrew Constance told Australian Broadcasting Corp.

The system uses two cameras, one that looks in the car and another that registers the license plate, and will be deployed in both fixed and mobile applications.

In testing, drivers were found to be using devices in 100,000 of 8.5 million vehicles scanned, including at least one with both hands occupied as the passenger steered.

Australian law was recently updated to allow drivers to hand a device with a digital license on it to a police officer when instructed, according to News.com.au, and will be further relaxed in New South Wales to let drivers use digital payment services, like Apple Pay at drive-throughs, which is technically prohibited today.