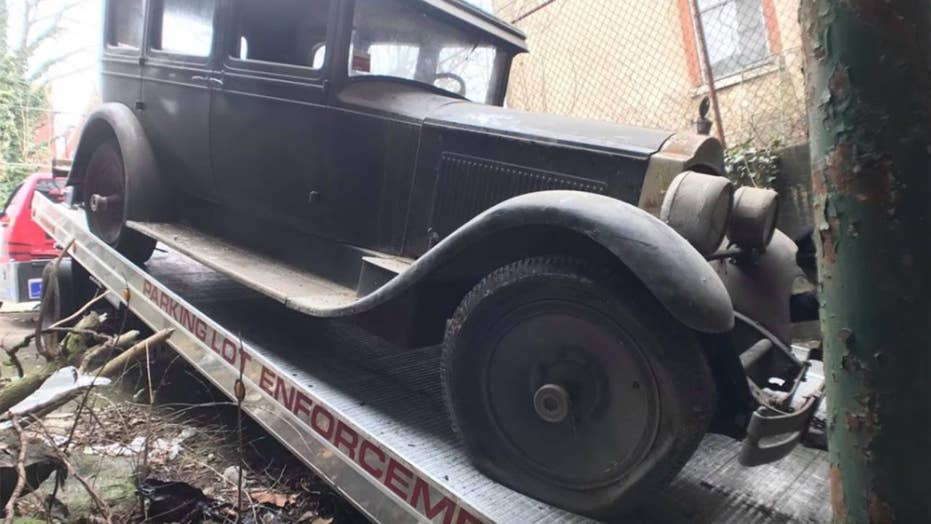 A 1927 Packard was discovered in a historic building in Philadelphia.

When car restorer Matt Murray got a call from his friends at an estate sale company asking for help pulling an old vehicle out of a property that was being cleared out for redevelopment, the Iron Trap Garage YouTube show host never expected the unique trip into history he was about to take.

It wasn’t just any car, but a 1927 Packard Six that had been stored in an abandoned 18th-century factory in the Germantown section of Philadelphia since the 1970s, and not driven for over 60 years.

The building was part of the campus for Golaski Laboratories, a company started by a textile manufacturer named Walter Golaski who’d transitioned his business to producing artificial Dacron arteries in the 1950s.

Golaski died in 1996 at age 83, but his son, Johnpaul, says he thinks his father bought the car in the 1940 and mostly used it for trips to visit his mom in Connecticut before its registration expired in 1956. After she later moved to Philadelphia, he left the car at her house until her death in the 1970s, when he put it in the factory.

The once luxurious car hasn’t run since, but is in remarkably good condition, with pretty much all of its original parts accounted for, including pull-down window shades and a flip over footrest for the rear bench seat.

While the property is being turned into a mixed-use development, Murray said the family is still trying to decide whether to restore the car to its former glory or just get it running, clean it up and preserve it as it is.