President Trump put a positive spin on his relationship with North Korean dictator Kim Jong Un on Saturday, saying he knows that “I am with him” and repeating his belief that a nuclear deal will still happen -- despite the North Koreans' test fire of unidentified projectiles.

“Anything in this very interesting world is possible, but I believe that Kim Jong Un fully realizes the great economic potential of North Korea, & will do nothing to interfere or end it,” he tweeted. “He also knows that I am with him & does not want to break his promise to me. Deal will happen!”

After an escalation of tensions over North Korea’s ballistic missile launches in 2017, in which Trump vowed “fire and fury” if North Korea kept up its escalations, relations changed when President Trump met with Kim twice -- once in 2018 and once earlier this year. But that renewed relationship appears to have broken down since then.

Word of the weapons test earlier Saturday was reported by South Korea's Yonhap News Agency, which cited South Korea’s Joint Chiefs of Staff (JCS). The South initially reported that the North fired short-range missiles but later retracted that statement. Experts told The Associated Press that the launches may be used to apply pressure on the U.S. to reduce the international sanctions that were ramped up on the North Koreans in 2017. 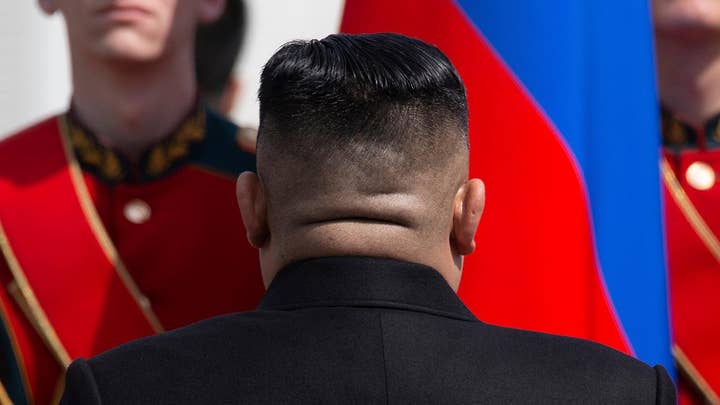 The White House said in a statement that the U.S. “will continue to monitor as necessary.” The launch comes after the North Korea test-fired last month what it called "the new tactical guided weapon," that appeared to be designed for ground combat, according to South Korean authorities.

While Trump began his presidency with an aggressive approach to Kim, his softer approach since the summmits has sometimes drawn bipartisan criticism for being perceived as too friendly to the dictator.

In March, Trump was criticized for saying during a summit with Kim in Hanoi that he took Kim “at his word” when he said he didn’t know about the mistreatment of American college student Otto Warmbier -- who eventually died after being released from the country.

“I believe something very bad happened to him,” Trump said. “I don’t think leadership knew about it.”