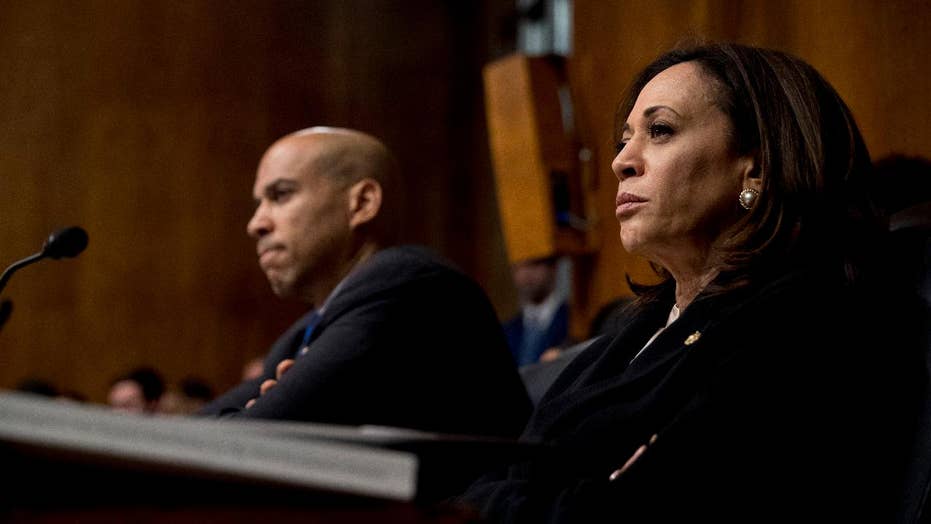 Kamala Harris to Bill Barr: You made the decision not to charge the president

California Democrat Sen. Kamala Harris asks Attorney General Bill Barr whether or not Rod Rosenstein had been cleared of a conflict of interest in presiding over the Mueller investigation.

“In response to my questions during the [Senate Judiciary] hearing, Attorney General Barr proved unable or unwilling to state whether he had been directed to open investigations at the request or suggestion of the President or other White House officials -- an alarming response that strikes at the very heart of the rule of law and threatens to undermine the longstanding independence of the Justice Department,” she said in a letter to Inspector General Michael Horowitz.

KAMALA HARRIS TEARS INTO BARR AT SENATE HEARING, AS 2020 DEMS PILE ON AG

“I request that the Office of the Inspector General investigate whether the Attorney General has received or acted upon such improper requests,” she said.

The letter comes days after Harris questioned Barr Tuesday at the Senate hearing over details in Special Counsel Robert Mueller’s Russia report that noted instances where Trump had either suggested or called for the Department of Justice to investigate Hillary Clinton.

Harris quizzed Barr whether Trump or anyone at the White House had asked him to investigate anyone -- an exchange it detailed in its letter to Horowitz.

In that exchange, Harris asked: “Has the President or anyone at the White House ever asked or suggested that you open an investigation of anyone?” 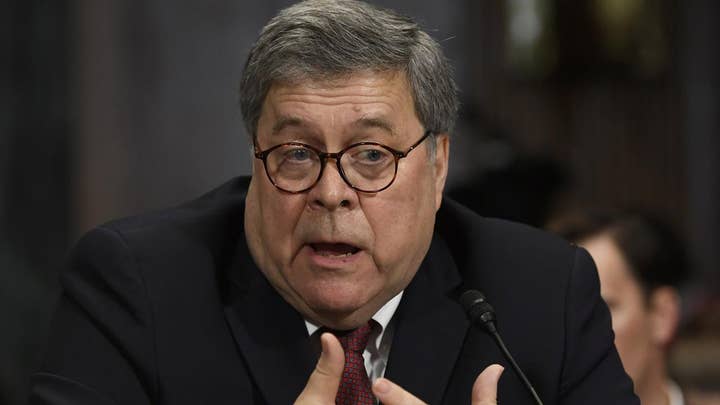 “I’m trying to grapple with the word ‘suggest.’ I mean, there have been discussions of, of matters out there that, uh—they have not asked me to open an investigation,” Barr said.

When Harris asked if anyone had hinted, suggested or inferred, Barr said he didn’t know. Harris’ letter describes Barr as “unable or unwilling to answer the question.”

“There must be no doubt that the Department of Justice and its leadership stand apart from partisan politics, and resist improper attempts to use the power of federal law enforcement to settle personal scores,” she wrote.

The letter is the latest pushback from Democrats against Barr since the release of the Mueller report. In particular, they have zeroed in on Barr’s handling of the report’s release, alleging that he is biased toward the president in his presentation of the report in his initial four-page summary of its conclusions.

Harris criticized Barr’s decision not to personally review the underlying evidence before concluding that there was not enough evidence to establish that the president had committed obstruction of justice. She joined a number of Democrats saying that Barr should resign.

"This Attorney General lacks all credibility and has I think compromised the American public's ability to believe that he is a purveyor of justice," she told reporters after the hearing.