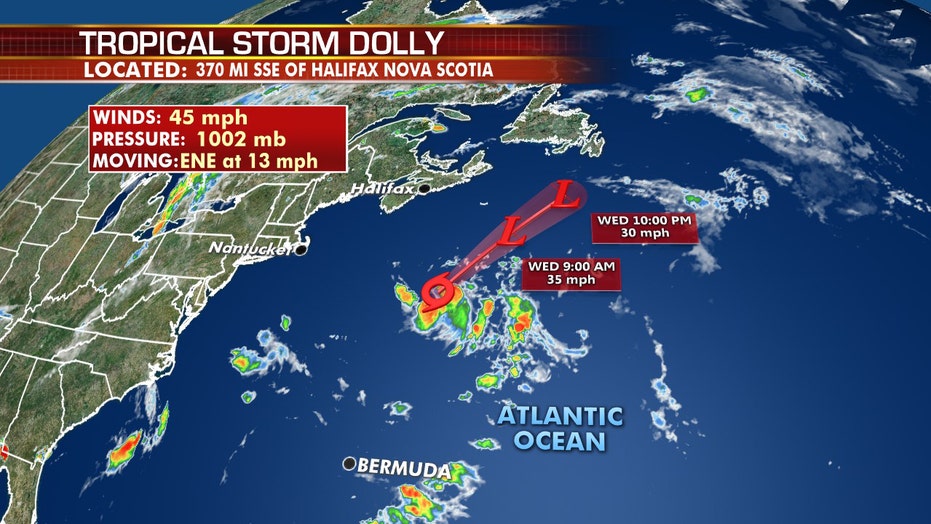 In an already busy Atlantic hurricane season, Tropical Storm Dolly is now the fourth named storm of 2020 after forming Tuesday far from land over the North Atlantic.

"A turn toward the northeast with an increase in forward speed is expected tonight and on Wednesday," the NHC said.

WITH STORMS IN MAY, FLORIDA LAWMAKER WANTS A LONGER HURRICANE SEASON

Forecasters from the NHC said that satellite-derived wind data indicate that maximum sustained winds have increased to near 45 mph, with higher gusts.

Unlike the previous three storms so far this year, Dolly isn’t a threat to the U.S. or any land and will become non-tropical Wednesday as it moves over much colder ocean water.

Tropical Storm Dolly is forecast to weaken as it moves over much colder water in the next couple of days. (Fox News)

From here the storm will move northeast and quickly run into waters too cold to support further development.

Dolly will become a non-tropical storm by midweek.

Dolly is a reminder of the active season forecast to come as it is the third earliest formation for the 4th named storm in a year. 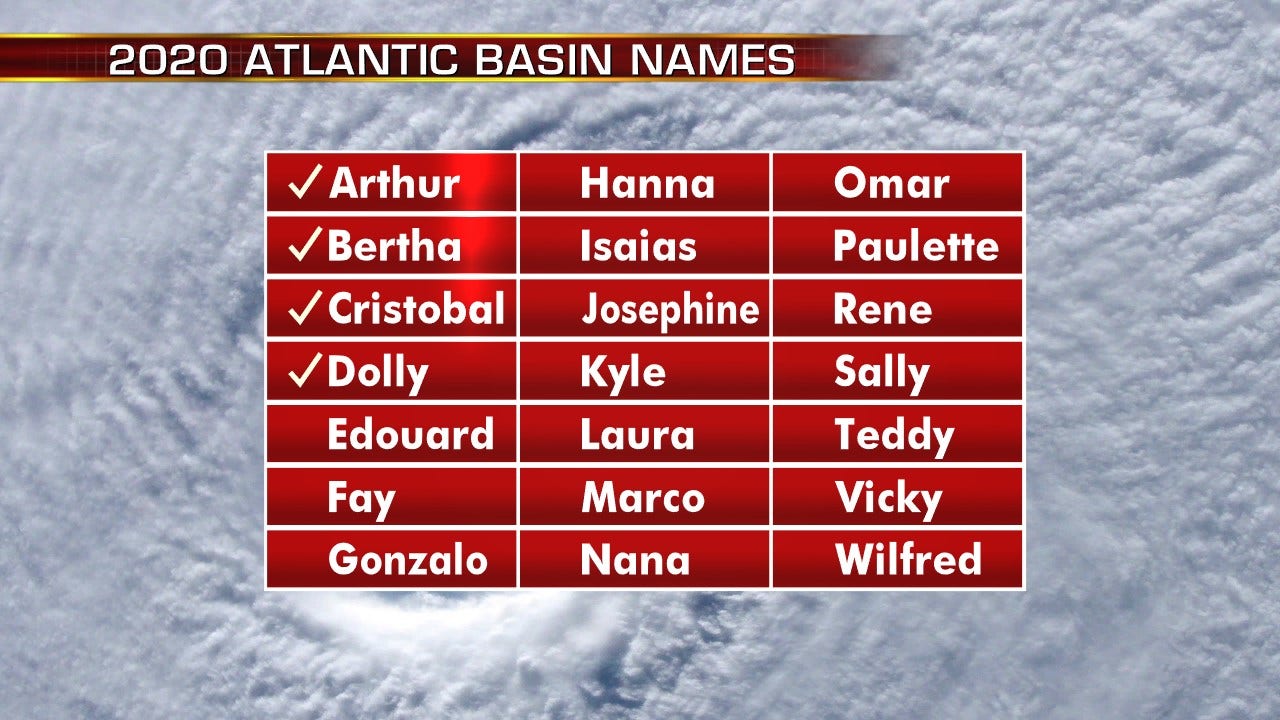 Looking forward in the days ahead, dry Saharan air has blown off the coast of Africa and filled the lower latitudes into the Caribbean and the southern U.S.

This dry air will hamper tropical development for at least the next week.