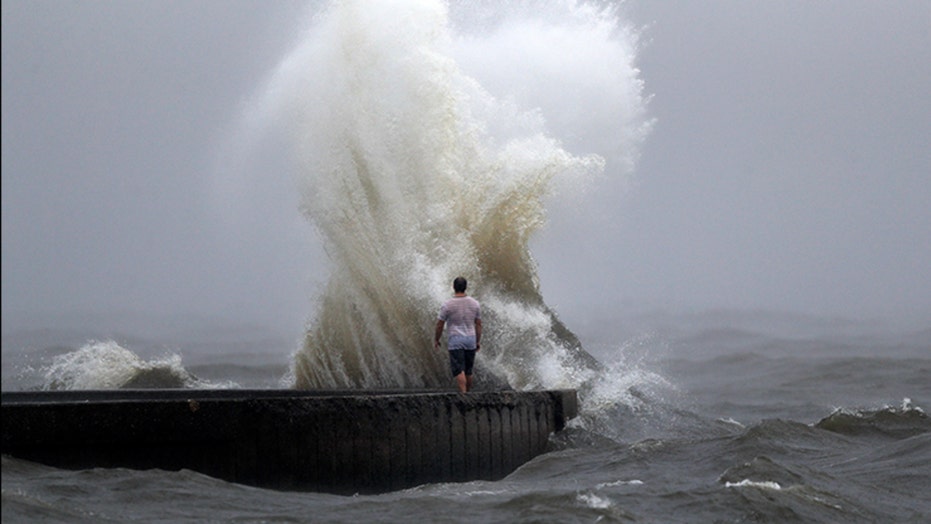 The third named storm of the 2020 Atlantic hurricane season made landfall Sunday afternoon with 50 mph winds between the mouth of the Mississippi River and the barrier island resort community of Grand Isle, 108 miles southeast of New Orleans.

While the community of about 1,500 permanent residents did not see substantial structural damage from the storm, a tidal surge sent water into area roadways and caused massive erosion on area beaches.

Police Chief Laine Landry told the Houma Courier that "severe beach erosion" was reported on the west side of Grand Isle. Storm surge and waves washed away sand, damaging a levee that protects the vulnerable seaside community.

“Our sand-dune hurricane-protection levee on the Gulf side has taken a substantial amount of damage from the heavy sea,” Landry told the newspaper “We’re just getting into storm season, so that’s going to be a major concern.”

Photos from FOX8 show the severe erosion as the storm approached.

According to Landry, Cristobal brought a storm surge of about 5 feet across the island with waves as high as 15 feet.

Photos show most of the barrier island saw flooding from the storm, but most buildings are elevated.

To have an important storm protection system already damaged a week into the official hurricane season worries officials about what's ahead.

There have already been three storms by early June, even though hurricane season doesn't typically peak till late summer. (Fox News)

Grand Isle Mayor David Camardelle told the Washington Post he's been in contact with the state's congressional delegation and asked the U.S. Army Corps of Engineer to fix the damaged sand dunes, possibly by using rocks. The dunes were 160 feet before the storm, but had lost nearly 100 feet by Monday.

"Anybody that's got a beautiful place on Grand Isle facing the Gulf of Mexico, they all want rocks so they can sleep at night," he told the paper. "If another tropical depression comes, it will wash the tube into the Gulf. This is an emergency."