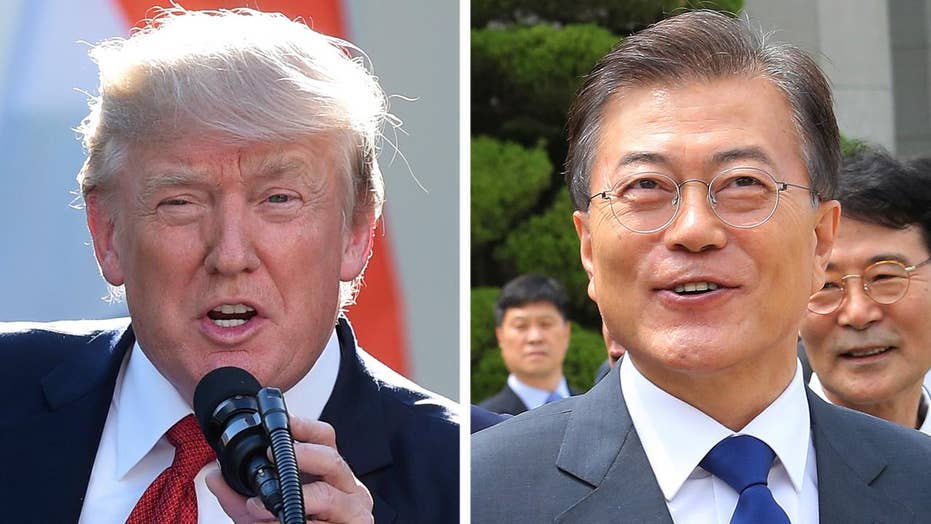 “I can confidently say there will not be a war again on the Korean Peninsula,” Moon said.

"I can confidently say there will not be a war again on the Korean Peninsula.”

The president’s statement came amid seemingly easing tensions between neighboring communist North Korea and South Korean ally the United States, which in recent weeks have engaged in a rhetorical battle that many feared would put both nations on a path toward a nuclear war.

Nevertheless, many ordinary citizens in the Asia-Pacific region remained wary of the situation.

“I think (Trump) is thinking that this won’t result in any deaths back home, and if a war happens it will be far from home,” Aoki said. “Whether or not he's thinking about other countries -- Japan or Korea -- well, that's a mystery.

“In the worst-case scenario, a missile could drop on Japan, and I am very worried about that,” he said.

"In the worst-case scenario, a missile could drop on Japan, and I am very worried about that.”

Masaru Chiba, a Japanese salesman, said he hopes dialogue between the countries can head off a conflict.

Choi Dong-Sam, from Busan at the southern tip of the Korean Peninsula, said North Korea would bear ultimate responsibility for any conflict that breaks out.

“If North Korea hadn't developed its nuclear program, we would not be in this current situation,” he said. “I think that Kim Jong Un should take the initiative and remove the country's nuclear weapons so we can have peace on this land.”

Tiger Han, a student in Beijing, said both sides are equally to blame, with the U.S. seeking to maintain its influence in the region.

“I think they might have an ulterior motive in mind. There may be some motives that are directed toward China," said Han, reflecting a common sentiment among the Chinese public, officials and state media.

But in another sign that stability may be returning to the region, Moon said he was considering sending an envoy to Pyongyang for talks, if North Korea agreed to end provocations that have included test launches of intercontinental ballistic missiles.

The South Korean leader warned North Korea that if it continued making threats of launching missiles in the region, it would face much tougher sanctions than it has already dealt with, the Reuters report said.

Moon, who was elected in May, is a liberal who has said he wants to engage the North. But his efforts have been stalled by North Korean leader Kim Jong Un’s recent face-off with Trump.

Meanwhile, Guam’s 30,000 students started a new school year Thursday despite a summer break that featured North Korea issuing threats to launch missiles in the direction of the U.S. territory, which lies about 1,600 miles south of Japan.

Guam Education Superintendent Jon Fernandez said the main concern at the island’s 41 public schools has been to assist parents and teachers in helping students cope with any anxiety related to recent news about threats from North Korea.

Pyonyang this week detailed a plan to test-launch ballistic missiles into waters near Guam. But state media reported that Kim was watching U.S. moves before deciding whether to proceed.

Also, U.N. Secretary-General Antonio Guterres said Wednesday that improving the situation on the Korean Peninsula required all parties “to dial down the rhetoric and to dial up diplomacy.”

The U.N. chief told reporters that the world needed to heed the lessons of history and not repeat the Korean War, which killed more than 3 million people in the 1950s.