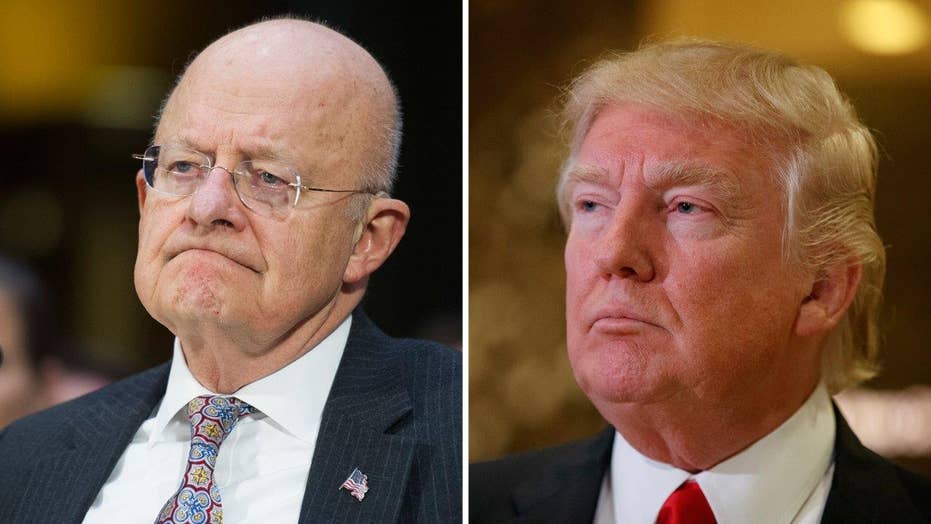 President-elect Trump vs. the intelligence community

A Russian official said Tuesday that allegations of Russian cyberattacks against the U.S. are fabricated.

Russian Foreign Minister Sergei Lavrov said at a news conference that U.S. intelligence agencies that tried to prove that Russia had ties to President-elect Donald Trump have “drawn a blank” and should be fired.

Lavrov called the former British spy who allegedly created the discredited dossier on Trump, Christopher Michael Steele, a charlatan during the press conference as well.

The 35-page dossier, describing Trump’s allegedly improper conduct in Russia, was commissioned last year by a Washington firm working for Trump’s primary opponents to find incriminating information on the billionaire business mogul. The document suggests that the Kremlin has information about Trump’s conduct and financial dealings that it could use to blackmail him. The document was circulated among Trump opponents over the summer, NBCNews said.

The FBI and U.S. intelligence officials also got a copy of the document. They decided to include a two-page summary of the dossier in an intelligence presentation about Russia’s effort to interfere in the U.S. elections to Trump and President Obama.

After that presentation, BuzzFeed published the material, apparently without checking to see if it was factual. Several other news organizations, including the New York Times and the Washington Post, had access to the dossier but declined to publish the material because it could not be verified.

Trump lashed out at the media for publishing the unsubstantiated material and at the U.S. intelligence officials, accusing them of leaking the allegations and likening the leaks to Nazi conduct.

The 52-year-old Steele was seen last week hurriedly leaving his home southwest of London, apparently to avoid detection and escape possible retribution once he was revealed as the source, the New York Times reported.

Steele spent years working undercover in Russia, London and France for MI-6, Britain’s spy agency. Since leaving MI-6 he has been a director of Orbis Business Intelligence, a private London-based security and investigation firm, founded in 2009, the Telegraph said.

The firm’s website says it provides “real-time source reporting on business and politics at all levels” and “draws on extensive experience at the boardroom level in government, multilateral diplomacy and international business to develop bespoke solutions for clients,” the Times reported.

Steele founded the firm with Christopher Parker-Burrows, who is now 58. His LinkedIn page describes him as a former counselor with the U.K.’s Foreign Office who worked in Brussels and New Delhi. Burrows told the Independent that he would not confirm or deny that Orbis produced the dossier.

Retired CIA operative John Sipher said Steele has a good reputation within the intelligence community and “some credibility,” the Times reported. He also said he is confident the FBI will investigate the matter.

Steele was specifically tasked with investigating her alleged links to a Bulgarian organized crime group known as Multigroup, a shady business empire run by Iliya Pavlov who was assassinated in Sofia in 2003.

Last October Georgieva resigned from the European Commission to take a job with the World Bank.