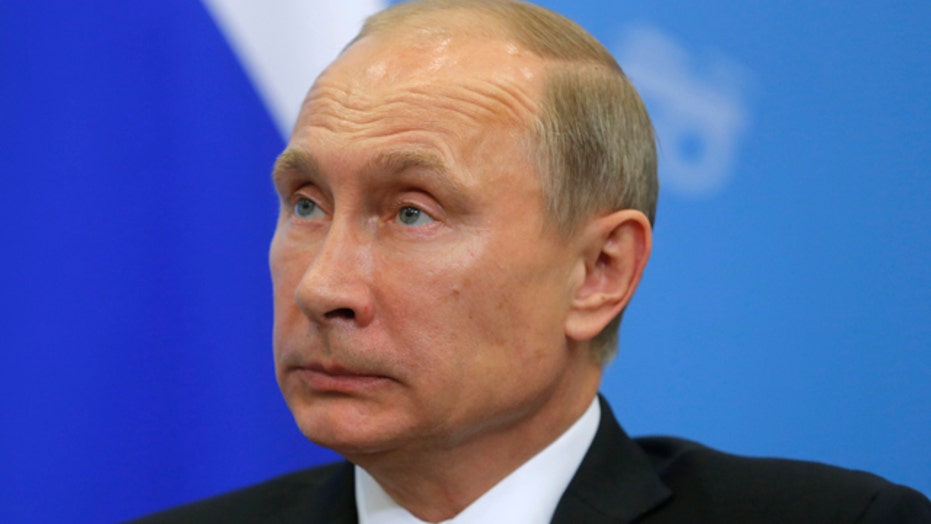 What is Putin's goal in Syria?

ST. PETERSBURG, Russia – The Kremlin's chief of staff says Russia has been sending warships to the Mediterranean Sea for possible evacuation of Russian citizens from Syria.

Russian news agencies on Thursday quoted Sergei Ivanov as saying that Russia has been boosting its naval presence in the Mediterranean "primarily" in order to organize a possible evacuation of Russians from Syria.

Russia has been one of Syrian leader Bashar Assad's staunchest allies in the civil war that has been raging for more than two years.

Reports of increased Russian naval presence in the area have stoked fears about a larger international conflict if the United States orders airstrikes over a chemical weapons attack last month.

President Vladimir Putin's spokesman, Dmitry Peskov, told reporters at the G-20 summit that the U.S. should wait for the report of U.N. inspectors who investigated a chemical attack in Syria.

Putin has said Washington's evidence of the Syrian regime's involvement was not persuasive.