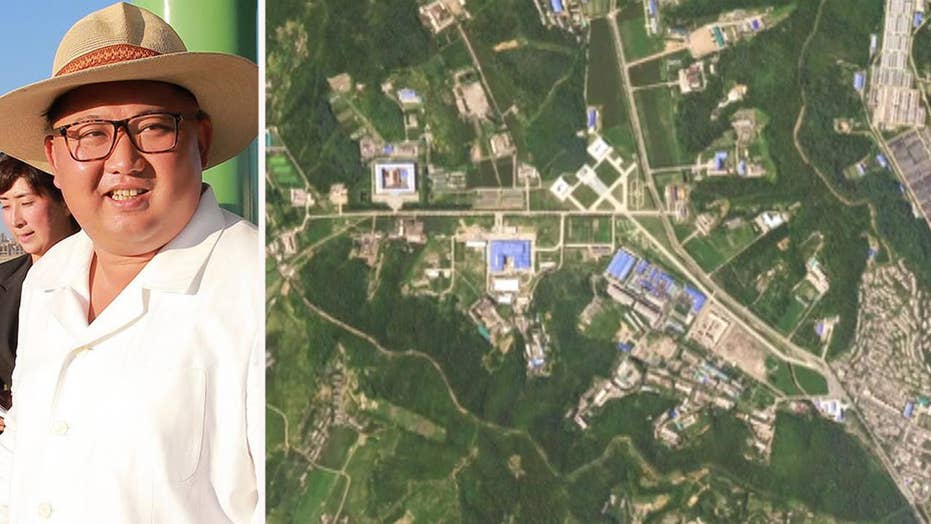 U.S. official tells Fox News that it is 'business as usual' for the nuclear regime as satellite images show no evidence of a halt in production; Greg Palkot reports.

North Korea is possibly constructing new intercontinental ballistic missiles and moving on with “business as usual” for its missile program, an official told Fox News despite Kim Jong Un's claim to halt its weapon production and President Trump’s reassurance that the Hermit Kingdom is “no longer a nuclear threat.”

“It’s business as usual,” a U.S. official with knowledge of the latest intelligence assessment on North Korea told Fox News on Tuesday. The official specifically noted Kim’s regime is pushing forward with building ICBMs — the missiles that caused the North Korea to be placed under heavy sanctions.

The Washington Post first reported Monday that satellite images appear to indicate North Korea is possibly building two ICBMs at the same facility where the country produced its first long-range missiles, including the Hwasong-15 which make have the capability of hitting the U.S. East Coast.

North Korea shows off its missiles in a parade. (Reuters)

Officials told the newspaper on condition of anonymity that North Korea’s intention was to deceive the U.S. by misconstruing the number of warheads as well as research facilities they have, while claiming they have fully denuclearized.

The intelligence suggested Kim is continuing to build-up his arsenal instead of honoring the commitment he made with Trump last month, the newspaper reported.

“We see them going to work, just as before,” one U.S. official told the paper.

“I’m afraid that at this point, the United States, the Trump Administration is being taken for a ride,” said Sen. Ed Markey, D-Mass.

The news comes one day before boxes of remains believed to contain some American service members from the Korean War are supposed to arrive in Hawaii from South Korea. A U.S. military aircraft arrived in North Korea last week to pick up the remains.

Defense Secretary Jim Mattis told reporters Friday its unclear if the remains are American or whether they include French, Australian or other forces, one of the reasons the boxes were delivered in UN flags, not American flags. Officials say positive identification of the remains could take years.

While North Korea honored its promise to return the remains of fallen U.S. soldiers during the Korean War, there have been troubling reports that Pyongyang will never truly disarm.

Reports earlier this month revealed that the volatile regime is building a nuclear-armed ballistic missile submarine, which came on the heels of CIA and other intelligence agencies telling NBC News that North Korea has increased its production of enriched uranium.

North Korea also called the talks with a delegation led by Pompeo in July “regrettable,” claiming the U.S. has undermined the spirit of the summit.

"We had expected that the U.S. side would offer constructive measures that would help build trust based on the spirit of the leaders' summit ... we were also thinking about providing reciprocal measures," Pyongyang's Foreign Ministry said in a statement, according to The Associated Press.

"However, the attitude and stance the United States showed in the first high-level meeting (between the countries) was no doubt regrettable," the spokesman said.

Pompeo had struck a different tone, telling reporters as he left that the talks with senior North Korean official Kim Yong Chol had been “productive.”

North Korea launched its first successful ICBM on July 4, 2017. It conducted two additional tests later in the year, the last one in November, but questions remain about Pyongyang perfecting re-entry technology of its warheads from space and their ability to withstand the intense heat and pressure returning to earth.