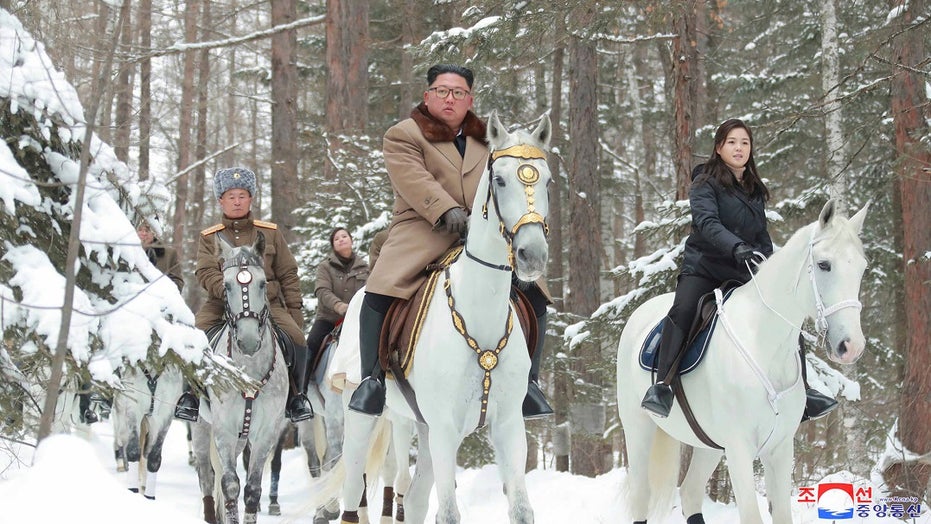 The Korean Central News Agency (KCNA) released photographs of Kim dressed in a long winter coat, possibly channeling his Russian counterpart Vladimir Putin, on a white horse flanked by his wife and other officials on horseback making their way to Mount Paektu.

The images were similar that those of Putin pictured riding shirtless on a horse in Russia's Tuva region in 2009.

The mountain is the highest peak in the Korean Peninsula and is considered a sacred place for North Koreans. Kim has previously visited the site before making major decisions.

He last rode there on horseback in October, saying he was inspired to plan “a great operation” to overcome U.S.-led sanctions, local media had reported.

The trip comes as the year-end deadline set by Kim for Washington to come up with a proposal to salvage nuclear talks approaches.

Negotiations between Washington and Pyongyang have stalled in recent months as North Korea continues to demand sanctions relief in exchange for denuclearization.

Ri Thae Song, North Korea’s vice minister of foreign affairs, recently said President Trump's calls for talks is nothing more than a "foolish trick" to use as the 2020 presidential election nears.

“The DPRK [Democratic People's Republica of Korea] has done its utmost with maximum perseverance not to backtrack from the important steps it has taken on its own initiative,” Ri said in a statement. “What is left to be done now is the U.S. option and it is entirely up to the U.S. what Christmas gift it will select to get.”

North Korea has increased its number of missile tests, and Kim said he would seek a "new path" if Washington continues its crippling sanctions.

Fox News' Paulina Dedaj and Danielle Wallace contributed to this report, as well as The Associated Press.