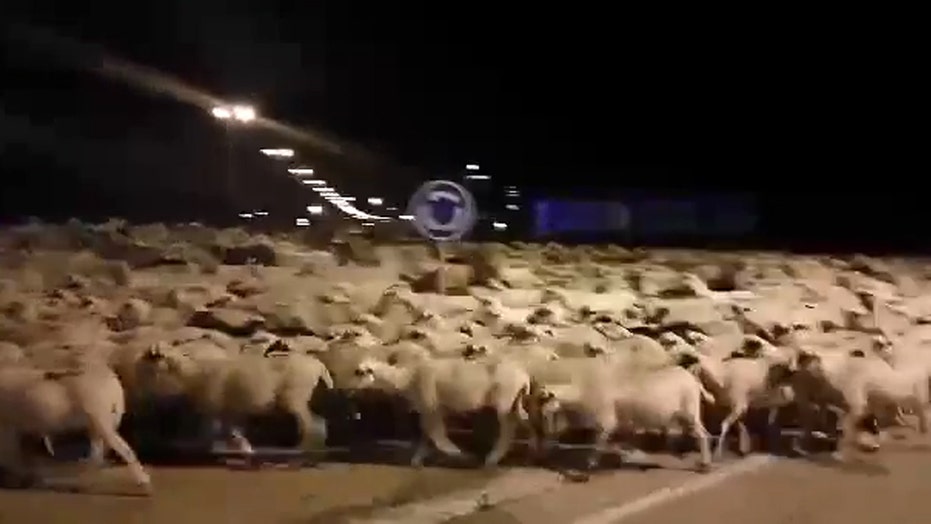 Raw video: Over 1,000 sheep spotted roaming through city in Spain

He must have counted too many sheep.

A 1,300-strong flock of sheep had to be rounded up in a Spanish city after their shepherd fell asleep, The Telegraph reports.

Police in Huesca on Tuesday morning got the unusual alert that the large flock was running around, trying to navigate the streets and causing a huge commotion.

The shepherd was supposed to be guiding the sheep past the city to hills where the animals could graze during the warm summer months, The Telegraph added.

Police found the herder – who was still dozing – and with his help were able to move the sheep away from the city.