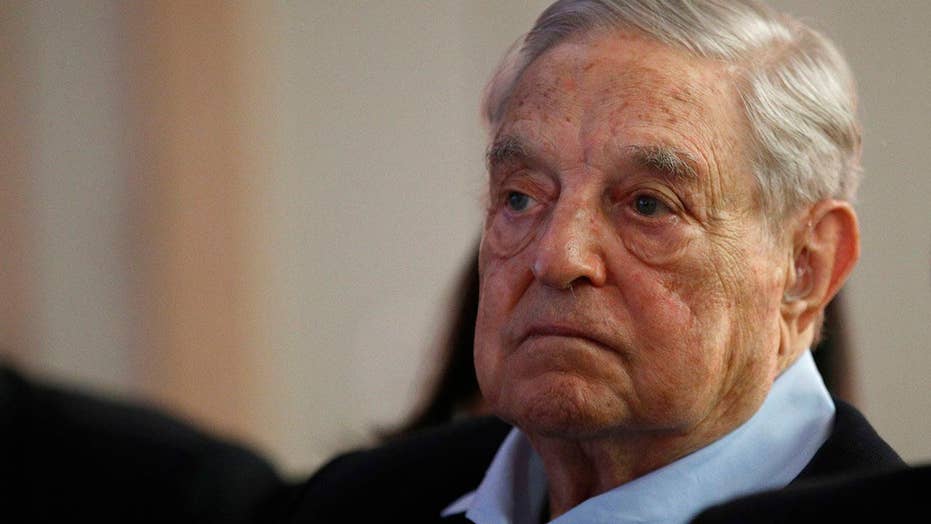 Left-wing billionaire George Soros, in a rare op-ed, has fired a warning shot to what he describes as the “sleeping pro-European majority” ahead of the European Parliament elections in May -- saying Europe needs to "wake up before it is too late" and before nationalist parties take control.

“Europe is sleepwalking into oblivion, and the people of Europe need to wake up before it is too late,” the Hungarian-American financier, known for his promotion of left-wing policies, he wrote for Project Syndicate.

Soros is something of a bogeyman in right-wing circles due to his funding of left-wing causes both in Europe and the U.S. Hungary’s nationalist government recently passed a “Stop Soros” package to curtail his activities via his Open Society Foundations -- including a measure making it illegal for non-governmental organizations (NGOs) to organize illegal immigration into the country.

Last year, British media reported that Soros had delivered $560,000 to an anti-Brexit campaign, leading to accusations from Brexiteers that he was part of an international plot to stop Brexit and bring down the government.

But with nationalist and right-wing parties on the rise in Europe, Soros is setting off alarm bells of his own. In his op-ed, he claims that “anti-European forces” will have a competitive advantage in May, when lawmakers to the European Parliament will be elected. He blames the “outdated party system” and “the lack of legal tools for disciplining member states that violate the principles on which the European Union was founded.”

“The antiquated party system hampers those who want to preserve the values on which the EU was founded, but helps those who want to replace those values with something radically different” he writes. “This is true in individual countries and even more so in trans-European alliances. 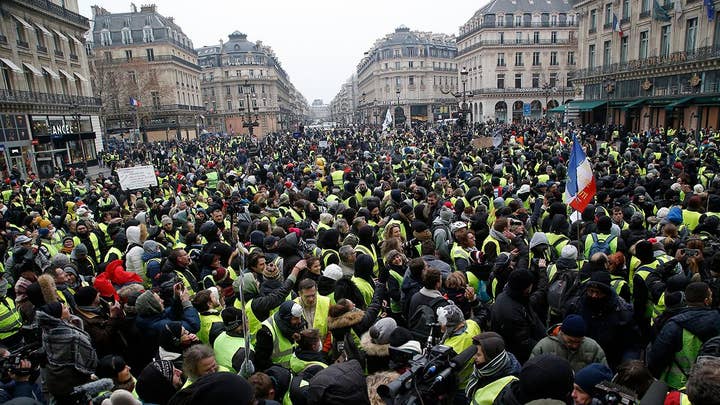 While the European Parliament has typically leaned to the left on issues such as national independence, spending and immigration, the populist wave across the continent looks set to shift that.

In Hungary, Viktor Orban’s Fidesz Party, running on an anti-mass migration platform won a supermajority last year. In Italy, a coalition government of the nationalist League and the populist 5-Star Movement won last year. Meanwhile in Britain, the Conservative Party is pushing forward with its plan to exit the E.U. at the end of March.

Macron’s approval ratings have nosedived and Paris has been plagued by weekly “yellow vest” protests. In Germany, despite winning re-election in 2017, Merkel has promised to step down as chancellor before the next federal elections -- as she also fights of a rising right-wing Alternative for Germany (AfD).

Describing the current E.U. leadership as “reminiscent of the Politburo when the Soviet Union collapsed” Soros says it is hard to see how pro-E.U. parties can win in May “unless they put Europe’s interests ahead of their own.”

“The first step to defending Europe from its enemies, both internal and external, is to recognize the magnitude of the threat they present,” he writes. “The second is to awaken the sleeping pro-European majority and mobilize it to defend the values on which the EU was founded.”

“Otherwise, the dream of a united Europe could become the nightmare of the 21st century,” he warns.