Italy’s nationalist-populist government on Thursday told an NGO migrant rescue boat that it would be refused entry to Italy’s shores, and directed it to France instead -- the latest in an escalating feud between the two countries.

5-Star Movement leader and Deputy Prime Minister Luigi Di Maio said that the Sea Watch ship, which he said is currently sailing toward Siciliy, will be given medical support from the Italian government, but the asylum seekers on board will not be allowed to disembark.

"After that, I invite it to point the bow towards Marseilles and land people on French soil instead of waiting unncecessarily in Italian waters for days." Di Maio said via Facebook.

"The Mediterranean is not only about Italy, Greece or Spain. But France too. And it has to do its part," he said of the migration crisis.

The boat is carrying 47 migrants, according to Italian news agency ANSA, and is believed to be heading toward the Italian coast after hitting bad weather. According to Il Giornale, Di Maio’s nationalist League counterpart Matteo Salvini had already said that Italy would not bend to the “provocation” and that the ports remained closed.

Pointing the boat toward France is the latest escalation in a diplomatic spat between the two countries, which started as the country’s leaders have disagreed over the migrant crisis facing the continent. 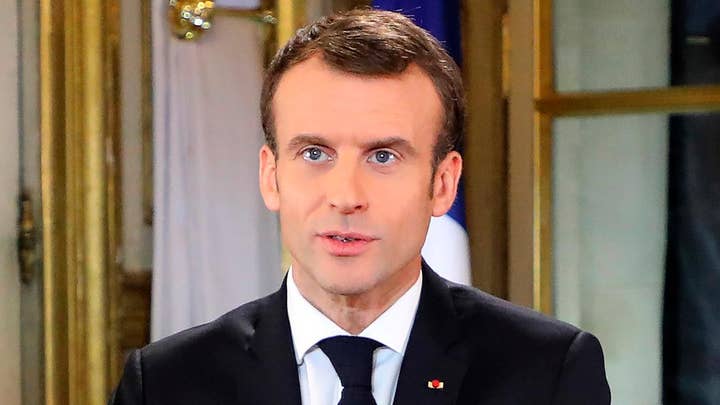 Italy has taken a much tougher approach after the nationalist-populist coalition took power last year,  promising to cut down on immigration, and has enraged other countries by refusing to take migrants from Africa picked up on rescue boats  -- although this month it reluctantly agreed to take around 10 migrants.

Di Maio sparked a diplomatic incident when he said earlier this week that France “impoverished” Africa and said that “in order to keep the Africans in Africa, it would be enough for the French to stay home.” France's foreign ministry summoned the Italian ambassador in response to Di Maio’s remarks.

However, Salvini later offered a similar argument, accusing France of having “no interest in stabilizing” the situation in places like Libya, and arguing that France “has little to get angry about because it has turned back thousands of migrants, including women and children, at the border."

"I don't take lessons on humanity and generosity from [French President Emmanuel] Macron,” he later added.