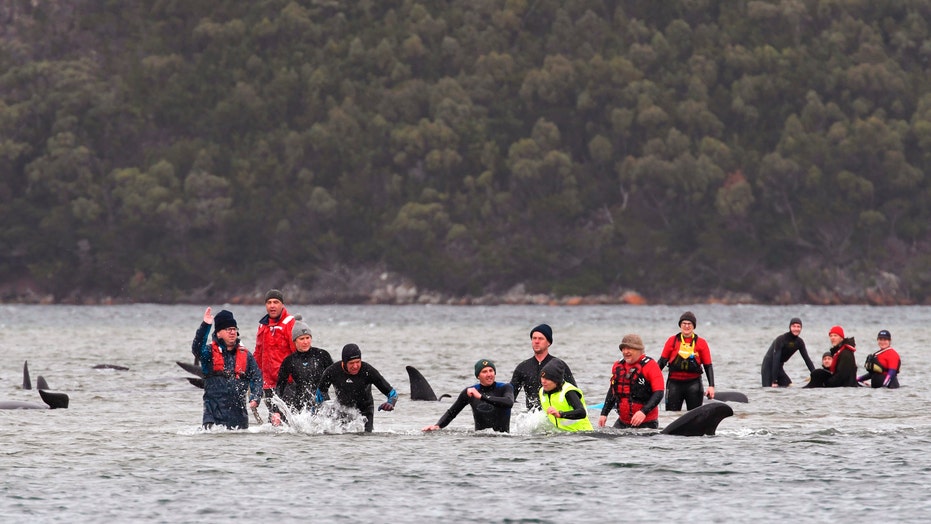 Ninety out of the estimated 270-pilot-whale pod that became stranded on a sandbar off the remote West Coast of Tasmania have died in one of Australia’s worst beaching events.

Rescue teams from the Tasmanian Marine Conservation Program had managed to set free 25 whales on Tuesday, many of which were "relatively inaccessible" by boat, and hope to save more in the coming days.

The whales were spotted from the air on Monday marooned at Macquarie Harbour –­­ near the town of Strahan –­­ while others struggled in slightly deeper water.

Rescuers had to get into the icy water and attach the whales to slings; then they guided the animals as boats dragged them to deeper water.

Members of a rescue crew stand with a whale on a sand bar near Strahan, Australia, Tuesday, Sept. 22, 2020. Around one third of an estimated 270 pilot whales that became stranded on Australia's island state of Tasmania had died as rescuers managed to return 25 to the sea in an ongoing operation. (Brodie Weeding/Pool Photo via AP)

More than 60 people are involved in the ongoing effort, including local fishermen and volunteers. They are working in shifts and wearing wetsuits to prevent hypothermia.

“We settled on a method where we get a sling placed under the whale, that’s attached to a boat (and) we also have crew in the water,” Tasmania Parks and Wildlife Service Manager Nic Deka explained at a news conference.

Rescuers will reportedly give a new estimate of how many whales have perished on Wednesday.

“We’re dealing with large, distressed animals, for several days at a time, and it does take an emotional toll sometimes,” government wildlife biologist Kris Carlyon told reporters. “This is a natural event so we can accept that we’re going to lose some animals. We’re focusing on having as many survivors as we can.” 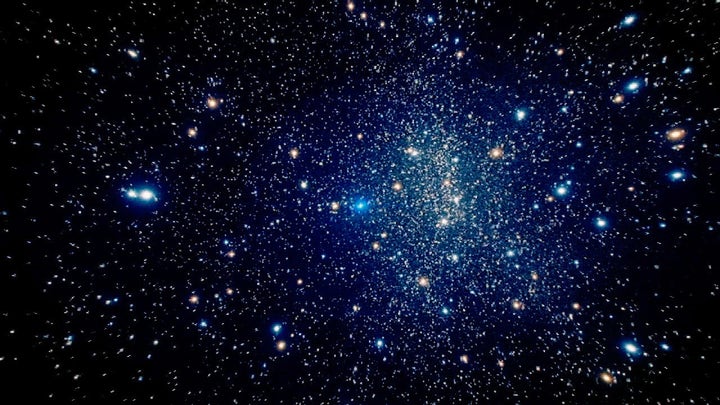 Pilot whales are a species of oceanic dolphins that grow up to 23 feet and can weigh up to three tonnes. They are robust and have a chance of lasting several days if the weather stays cool, Reuters reported Tuesday.

Scientists do not know why whales sometimes beach, but they are known to follow a leader and gather around an injured or distressed member of their pod.

Tasmania last recorded a mass stranding in 2009 involving around 200 whales, according to the BBC.