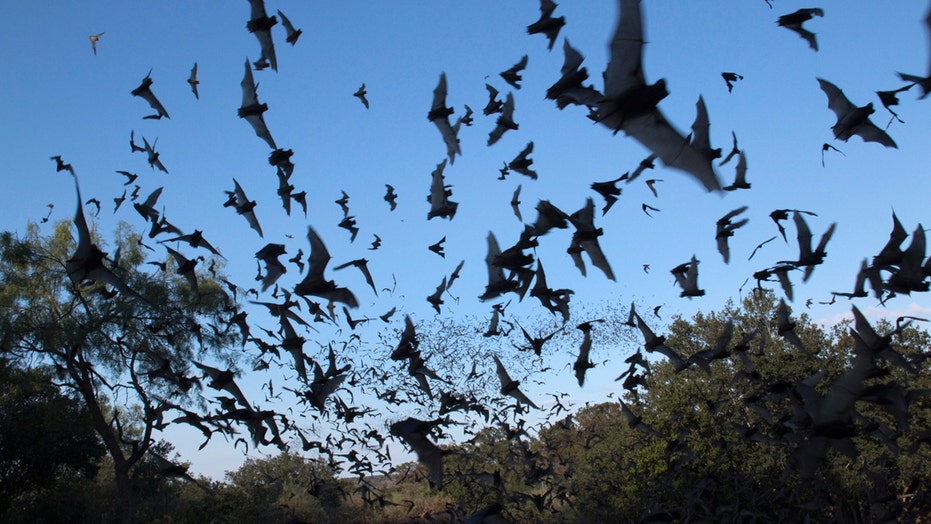 The official start of fall may be Tuesday, but forecasters in Arizona recently spotted a sight in the sky more fit for Halloween.

"What might be causing all the radar returns around Phoenix between 6-7 PM this evening?" the NWS tweeted. "Is it rain or something else? Any guesses?"

Many replied on Twitter, speculating the radar returns were bugs, birds, or even a gender reveal party.

The NWS later revealed that it was bats--and lots of them.

"Specifically they are probably thousands of Mexican free-tail bats that migrate here for the summer," the NWS tweeted.

The radar echoes show the bats coming out of a cave, tunnel, or bridge and then dispersing throughout the area to find food.

Huge bat colonies were picked up on weather radar in Phoenix, Ariz. on Sept. 13, 2020. (NWS Phoenix)

Forecasters said they were able to differentiate between birds and bats on radar due to the pattern of movement and the timing.

"When similar patterns are seen early in the morning and over/near bodies of water, that's more indicative of birds," the forecast office said.

Arizona Game and Fish Department biologist Angie McIntire told KTVK-TV she was "really excited" by the radar because she thought it was a new bat colony she was previously unaware of.

“Mexican free-tail bats would probably be going to Mexico to spend the winter,” McIntire said. “Some of them stay over winter here in Phoenix.”

The beginning of fall, when cooler temperatures arrive, is when bats are likely to migrate.

There are 28 different bat species in Arizona, according to state officials.

Large migrations of birds are also known to have been picked up on weather radar.

Large migrations of birds, on in this case bats, can be picked up on weather radar. (iStock)

Over the winter, thousands of birds were captured on radar over the Florida Keys.