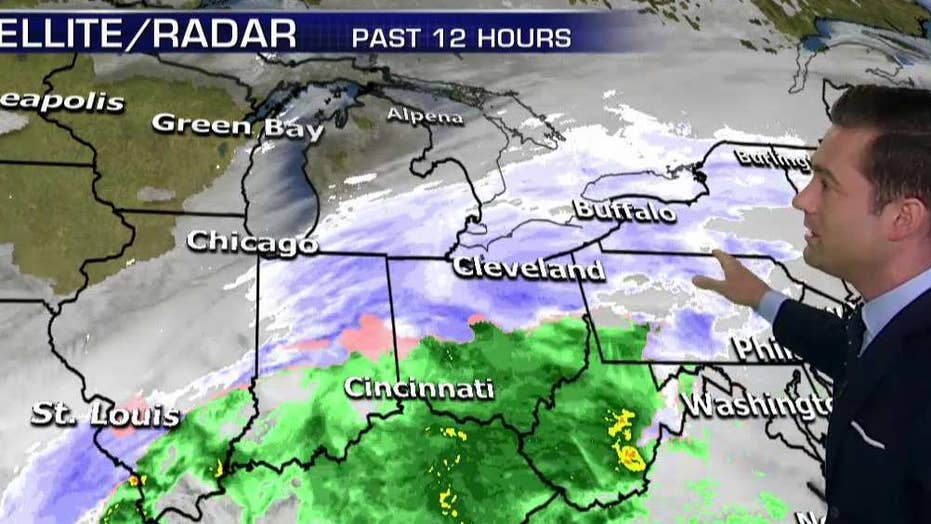 Winter storm blankets the Midwest as it heads towards the Northeast

A 25-year-old snow plow driver died Saturday after he was ejected from his vehicle which landed on top of him, officials say.

The Kansas Department of Transportation said that at  6 a.m. Saturday, Stephen Winder, an equipment operator, died in a single-car crash while traveling southbound on U.S. 90 in Johnson County.

According to an online incident report, Winder veered to the right of the road, off the shoulder and into the grass “for an unknown reason.” The salt truck he was driving spun out before rolling 1.25 times, ejecting Winder.

The truck landed on top of Winder, on its passenger side.

“Due to the extent of the injuries, the driver was pronounced deceased at the scene,” the incident report read.

Secretary of Transportation Julie Lorenz called Winder, who has been with the department for three years, both "experienced and dedicated."

"I have extended my thoughts and prayers out to the entire KDOT family this morning and we will continue to embrace Stephen's family and friends affected by the loss," she said in a statement.

Gov. Laura Kelly also tweeted about the loss, saying: “My heart is breaking for the family of this dedicated employee. Our KDOT personnel work very hard, at all hours, in dangerous conditions to make our roads safe for their fellow Kansans.”

Snow and ice covered freeways, highways and roads across parts of the Midwest as the storm moved Saturday toward the Northeast and New England. Some northern parts of New England could see up to 18 inches of snow as the storm arrives

The Missouri Department of Transportation announced on Twitter that 15-car pileup occurred midday Saturday near a major interstate. Officials said clean up could take hours but with harsh weather conditions, it might take longer.

There were no immediate reported injuries.