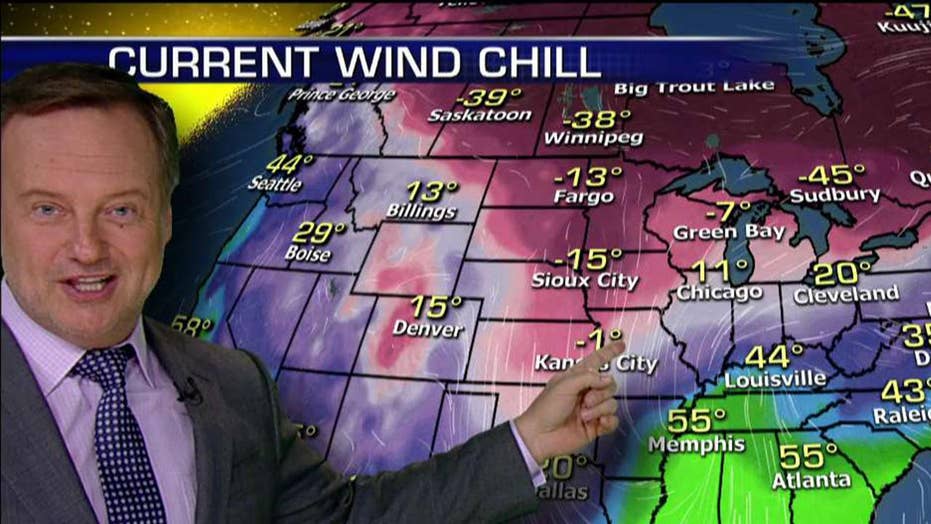 Massive winter storm bearing down on the Midwest and Northeast

Ice and snow from the massive winter storm that's been pummeling the Midwest caused a plane to skid off the runway at Chicago O'Hare International Airport on Saturday morning, according to fire officials.

None of the 129 passengers aboard the United Airlines flight from Phoenix were injured.

The winter blast wreaked other kinds of havoc for airports and travelers in the region. Almost 1,000 flights at Chicago-area airports were canceled on Saturday as heavy snow continued to fall into the weekend. The average delay for flights out of O'Hare was nearly an hour on Saturday afternoon.

WINTER STORM SWEEPING ACROSS US, WITH MORE THAN 100M AMERICANS IN ITS PATH

The weekend runway skid was not the first this week. Indeed, a Southwest plane skidded off the runway at an Omaha, Nebraska, on Friday.

The storm has reportedly brought up to 10 inches of snow in some areas of the Midwest. It was expected to affect millions more as it made its way to the Northeast, though as of 6 p.m. ET, snow had not yet begun to fall in New York City.

New England residents are bracing for up to 18 inches of snow in northern regions, while the National Weather Service says southern areas of New England could see several inches of snow and up to a half-inch of ice, which is fueling concerns about power outages.

Forecasters at one point said that conditions in the Northeast "could approach blizzard criteria" as the storm rages on.