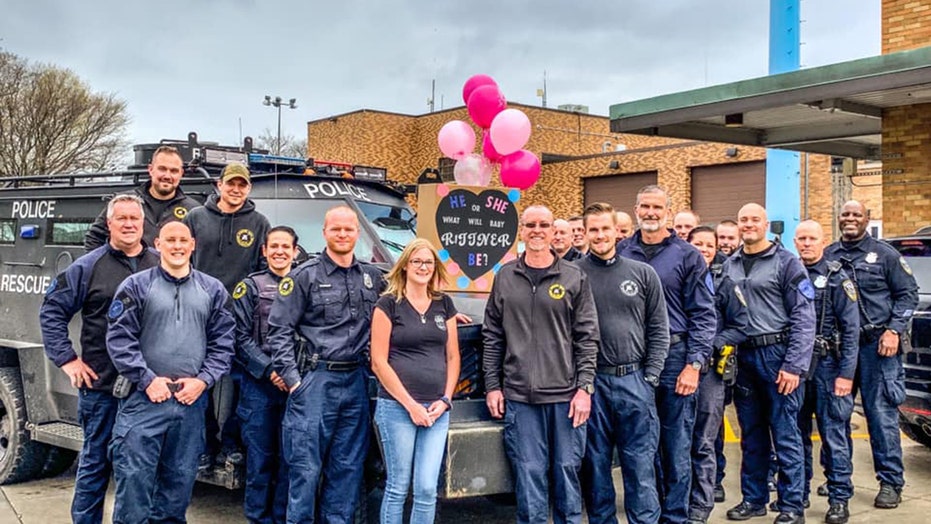 The wife of a police officer in Wisconsin who was shot to death while serving a search warrant earlier this year revealed on Monday she is expecting another child.

Caroline Rittner learned she was going to have a baby just three days after the funeral of her husband, Milwaukee Police Officer Matthew Rittner.

"Caroline was not able to share this blessing with Matthew," Rittner's friend Sarah Marie posted to Facebook. "It’s an amazing blessing and Matthew’s legacy will not only be lived through their son but now their daughter who is expected to arrive into this world in October!"

Rittner's friend shared news of the pregnancy on the date marking three months since the officer was killed while helping serve a warrant for suspected illegal guns and drugs at a Milwaukee duplex.

"[The news] was met with mixed emotions," police Lt. Kristin Felsman told WISN-TV on Tuesday. "Extremely joyful emotions because, [it's] another legacy of Matt, and obviously very sad emotions because Matt would not be there to share in the joy of a new life."

Rittner held a gender reveal party with her husband's unit, where they released pink balloons from a box to signal she's having a girl. Rittner and his wife also have a son.

Caroline Rittner found out three days after her husband’s funeral that she was expecting another child, according to police.

Sgt. Roberto Colon told CBS58 the department will be there for the family going forward.

"She knows that she can come anytime and knock on our door. She doesn't even have to. We're gonna be there bothering her all the time anyway," he told the television station. "She'll probably have to kick us out of the house most of the time."

A Milwaukee police officer was shot and killed while serving a warrant, according to medical examiner.

A Go Fund Me page has been set up on behalf of Matthew Rittner's family, for those who would like to donate.