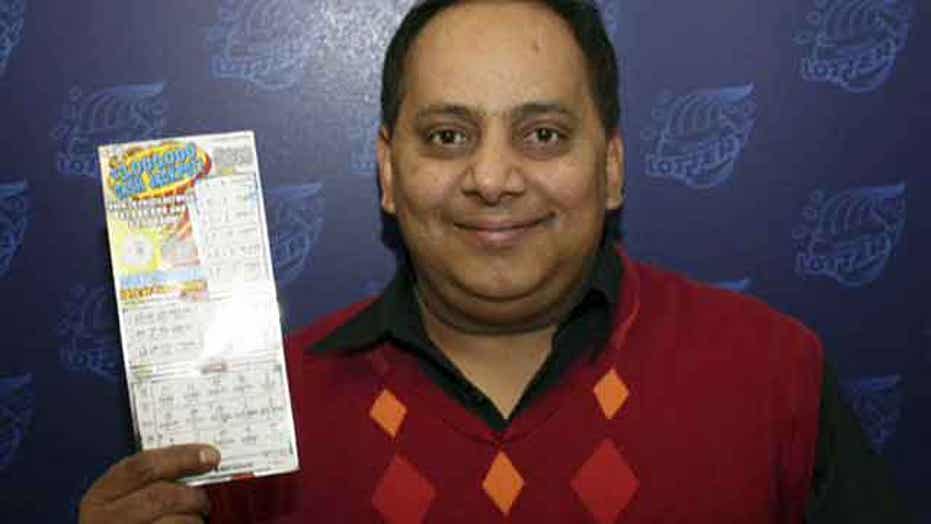 The mysterious poisoning death of an Illinois lottery winner grew even more puzzling Tuesday, when the man's widow revealed she has no idea who in her family asked police to further investigate her husband's death.

Shabana Ansari tells The Associated Press she didn't make the request, which led to a homicide investigation into 46-year-old Urooj Khan's death, and she does not know who did.

Ansari spoke to the press on the same day a Chicago medical examiner said he plans to exhume Khan's body.

Cook County Medical Examiner Stephen Cina said Tuesday that paperwork is being prepared for a judge to approve and he hopes to exhume Urooj Khan's body in the next few weeks.

Khan's death on July 20 was initially ruled a result of natural causes. But the relative's request for a deeper look resulted in the startling conclusion months later that Kahn was killed with the highly toxic poison as he was about to collect $425,000 in winnings.

Chicago police and the Cook County Medical Examiner's Office are investigating Khan's death as a homicide, but they have not given any details or announced any suspects.

Cina says exhuming the body could allow for more tests that could be presented in court if the case goes to trial.

Ansari said she was devastated by Khan's death and cannot believe her husband could have had enemies.

Ansari would not talk about the circumstances of her husband's death, saying it was too painful to recall. She described Khan as a hard-working and generous man who would send money to orphanages in their native India.

"I was shattered. I can't believe he's no longer with me," said the short, soft-spoken Ansari, standing in one of three dry-cleaning businesses her husband started after immigrating to the U.S. from India in 1989.

"I don't think anyone would have a bad eye for him or that he had any enemy," said Ansari, adding that she continues to work at the dry cleaner out of a desire to honor her husband and the businesses he built.

Chicago police Superintendent Garry McCarthy told reporters Tuesday that he had never seen anything like Khan's case in his 32 years of policing in New York, New Jersey and now Chicago.

"So, I'm not going to say that I've seen everything," McCarthy said.

Authorities plan to exhume Khan's body in the next few weeks in hopes they might be able to test additional tissue samples and bolster evidence if the case goes to trial.

"It's always good if and when the case goes to trial to have as much data as possible," said Cook County Medical Examiner Stephen Cina. He added that he did not believe additional testing would change the conclusion that Khan was a homicide victim, saying those comprehensive toxicology results were validated in the lab.

"Based on the investigative information we have now and the (toxicology results), we're comfortable where we are right now," he said.

Khan and his wife were born in Hyderabad, India, and their story is a typical immigrant's tale of settling in a new land with big dreams and starting a business. Their 17-year-old daughter, Jasmeen, is a student here.

"Work was his passion," Ansari said, adding that she plans to stay in the U.S. and keep his businesses running.

"I'm just taking care of his hard work," she said.