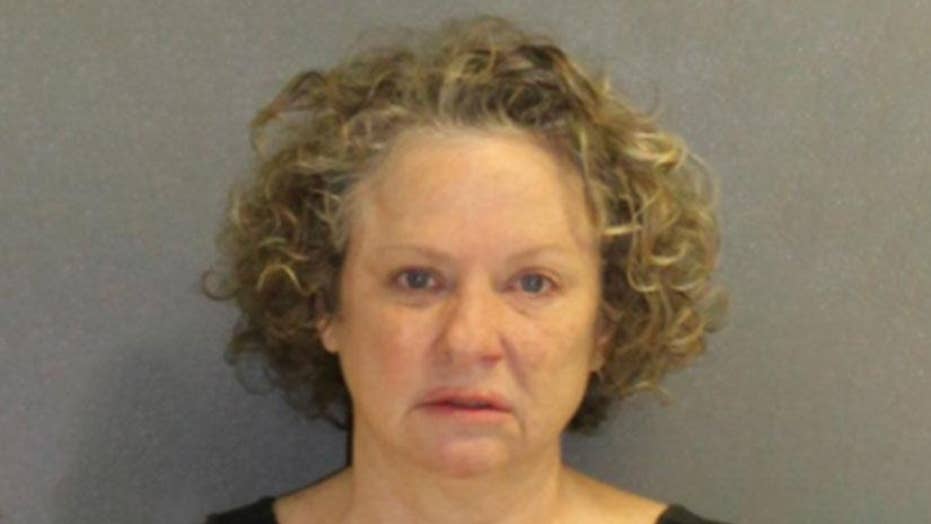 Florida woman, Julie Edwards, 53, is heard in police body cam footage making racist threats against a police officer as he made suspected DUI traffic stop; says 'KKK' will find him.

A Florida woman stopped for driving drunk last week reportedly hurled racist threats at the black deputy who detained her – including saying the Ku Klux Klan was going to burn crosses in front of his house, a disturbing video shows.

The Volusia County Sheriff’s Office released on Tuesday a body camera video taken by Deputy Brandon King after he responded to a “disturbance” at a home in DeLand late Thursday night.

“Watch this if you need any more proof there's no expiration date on ignorance,” Sheriff Mike Chitwood said when the video was released on social media.

At the home, King said he found Julie Edwards, 53, trying to back up her Lexus and slurring her words. He also noticed her breath was reeking of alcohol, the Miami Herald reported.

“I won’t find you, somebody else will,” she can be seen telling King in the bodycam video.

“You making a threat to a law enforcement officer?” King asks.

“No, I didn’t say that,” Edwards responds.

A restaurant in New Zealand is being accused of 'incredibly racist service' after a waitress allegedly wrote 'Asians' on a table’s receipt in order to distinguish the group from others in the eatery.

“So what do you mean you’ll find me one day?” said King, continuing to press Edwards.

“I didn’t say I’d find you, I said somebody else will,” she said, clarifying: “I won’t find you. The KKK people will.”

“All right, thank you for that threat,” King continued. “I’ll add that charge in here, too.”

SUSPECTED BANK ROBBER SLIPPED ON ICE IN FRONT OF COP WHILE TRYING TO FLEE: POLICE

King remained calm throughout the exchange, which continued to escalate with more alleged threats from Edwards.

She said the deputy “f***** with the wrong white people” and added she hoped he didn’t have any children.

“You know what’s going to happen to you now? You don’t want to know. You’re done. You’re f*****. They’re gonna hurt you bad,” Edwards is heard saying in the 2-minute video.

Edwards threatened King several times, mentioning the Ku Klux Klan several times, saying at one point that they will burn crosses in front of his home and that “n****** should have never been let out of slavery.”

Edwards was arrested and now faces charges of resisting an officer without violence, driving under the influence, making a threat against law enforcement and refusing to submit to testing. According to the Herald, she bonded out of Volusia County Jail.

Chitwood praised King for “his calm response to all the racist garage this KKK Enthusiast could throw at him.”