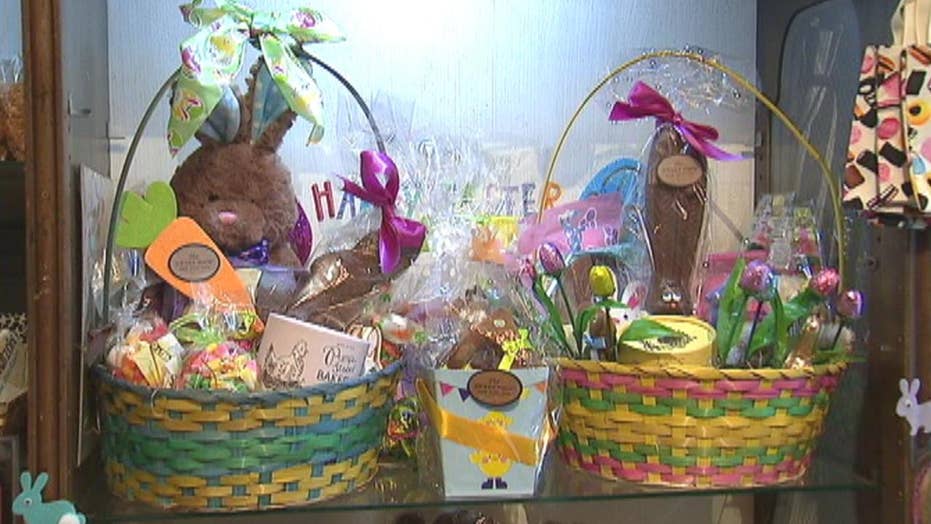 Now's the time to get out the egg-dye kit and celebrate age-old Easter traditions. Whether religious or not, Americans prepare baskets for their kids, dye hard-boiled eggs -- and enjoy how the Easter Bunny sneaks into homes and leaves chocolate and candy for children to find Easter morning.

But Easter is distinctly a Christian holiday, celebrating the resurrection of Jesus Christ from the dead. Since the biblical story of Easter makes no mention of bunnies and eggs, where did these traditions originate?

"The exact origins of this mythical mammal are unclear, but rabbits, known to be prolific procreators, are an ancient symbol of fertility and new life," according to History.com.

German immigrants may have brought the Easter Bunny with them to the United States, according to sources. In the 1700s, Germans settling in Pennsylvania "transported their tradition of an egg-laying hare called 'Osterhase' or 'Oschter Haws,'" according to History.com. "Their children made nests in which this creature could lay its colored eggs. Eventually, the custom spread across the U.S., and the fabled rabbit's Easter-morning deliveries expanded to include chocolate and other types of candy and gifts, while decorated baskets replaced nests."

EASTER AND HOLY WEEK: WHAT SKEPTICS GET WRONG ABOUT THE CRUCIFIXION

Still, the exact origins are "clouded in mystery," as noted by Time.com. "One theory is that the symbol of the rabbit stems from pagan tradition, specifically the festival of Eostre -- a goddess of fertility whose animal symbol was a bunny."

Easter eggs may also stem from pagan traditions; like the bunny, eggs are a symbol of fertility.

"[Since] spring is the season of rebirth and renewal ... many pagan cultures held spring festivals to celebrate this renewal of life and promote fertility," wrote MentalFloss.com. "One of these festivals was in honor of Eostre or Eastre, the goddess of dawn, spring, and fertility, near and dear to the hearts of the pagans in Northern Europe."

However, yet another theory suggests that the Easter bunny originated from Christian practices.

"The ancient Greeks thought rabbits could reproduce as virgins," Catholic Online reported. "Such a belief persisted until early medieval times when the rabbit became associated with the Virgin Mary."

"As Christianity spread, it was common for missionaries to practice some good salesmanship by placing pagan ideas and rituals within the context of the Christian faith and turning pagan festivals into Christian holidays," as MentalFloss.com noted.

Some Christians fast or abstain from certain foods during the 40-day lenten period leading up to the days recalling Jesus' death and resurrection.

"Hundreds of years ago, churches had their congregations abstain from eggs during Lent, allowing them to be consumed again on Easter," according to Time.com.

"Because eggs were one of the most important foodstuffs covered by the dietary injunctions of Lent ... the end of this long period of purification and abstinence ... was celebrated by a blessing of eggs in church," Terence Scully, a medieval French scholar, wrote in "The Art of Cookery in the Middle Ages."

Modern Easter egg-decorating traditions may have started back in medieval times.

"These eggs, stained and gaudily decorated with the happiest of bright colors in anticipation of their return to the dining board, were exchanged as gifts among friends and relatives; quite naturally they became known as Easter Eggs," Scully wrote.

So here's to Easter traditions -- and to the important remembrance that Jesus died so that everyone can enjoy rebirth and a second chance in life.