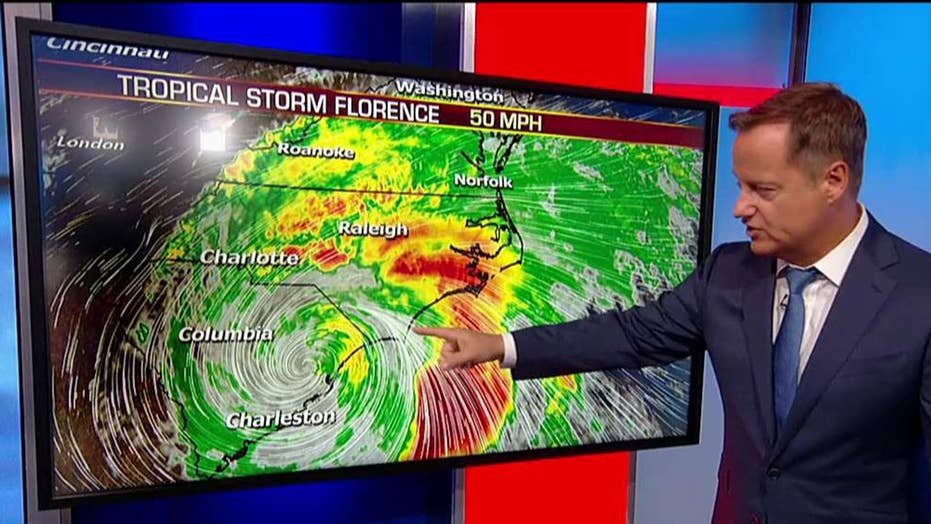 The storm made landfall just two miles from the point that the National Weather Service predicted five days ago, and has barely moved since.

As Hurricane Storm Florence lashed through the Carolinas with howling winds and heavy rain, one reporter was captured attempting to keep it together as winds appeared to lash at him, but was mocked when two people were seen walking behind him with little difficulty.

The viral video, which has more than 13.6 million views, showed Weather Channel correspondent Mike Seidel in Wilmington, North Carolina, trying to fight the heavy wind as he reported live from the storm on Friday.

“This is about as nasty as it’s been,” Seidel said.

A few moments later, the camera panned away and two people were seen walking behind Seidel, appearing to have no problem with the wind.

Social media users mocked the reporter and claimed he was exaggerating the storm.

“So dramatic!” one social media user tweeted with the video. “Dude from the Weather Channel bracing for his life, as 2 dudes just stroll past.”

“When two teenagers nonchalantly walk in the background of your shot and expose your acting job portraying that you can barely stand in the wind,” a social media user wrote.“

The Weather Channel defended Seidel saying he was “trying to maintain his footing on wet grass” while the two people seen in the background were walking on concrete, The Washington Post reported.

“It’s important to note that the two individuals in the background are walking on concrete, and Mike Seidel is trying to maintain his footing on wet grass, after reporting on-air until 1:00 a.m. ET this morning and is undoubtedly exhausted,” the channel said in a statement.