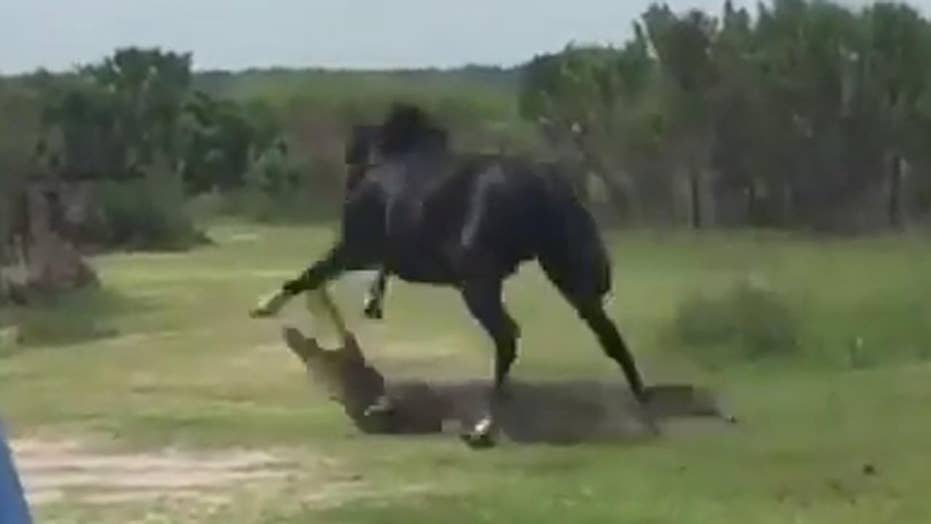 A group of friends were hiking at Paynes Prairie Preserve State Park just south of Gainesville, Florida, when they witnessed a clash between wild horses and an alligator that crossed their path.

The group noticed a group of wild horses grazing in the field alongside of the path, along with a baby horse.

"The alligator walked beside them and paused," Krystal Berry said. "The horse kicked the alligator, which made it waddle across the trail," she said. "Then, the horse started attacking again," she said.

The group of friends are recent graduate nurses from Rasmussen in Ocala who were out walking the trail at the preserve Wednesday. "It really was wild, did NOT expect to see that today!" said Berry.

They think the horse may have been trying to protect its baby.

Eventually, the gator made its way across the path and into the bushes away from the horses.

Payne's Prairie Preserve State Park in Micanopy, just south of Gainesville, is 21,000 acres and is home to various wildlife including alligators, wild horses, and even bison.