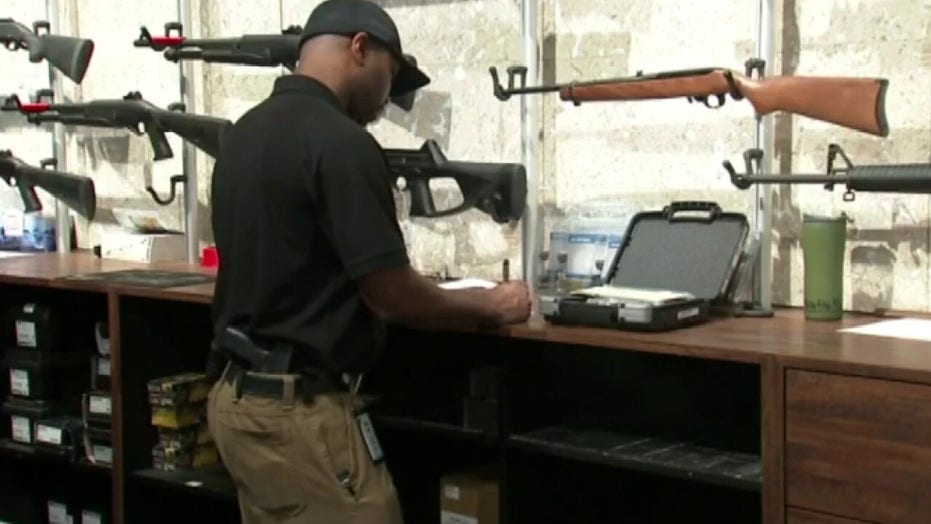 Gun stores in Washington state were not deemed “essential” in Gov. Jay Inslee’s coronavirus stay-at-home order -- but that’s not stopping some from keeping business open during the outbreak.

Wade's Eastside Guns in Bellevue, Wash., is one of several local gun shops defying the order as the debate continues to swirl over whether such businesses are essential.

“As far as the state and all of us are concerned, your right to the protection of yourself, your family and others is an essential need and a constitutional right,” the store said in a statement on its website.

“We don’t have anything in writing that says we need to stay closed,” Teasdale said. “And I don’t know anything about what the governor has said.”

Teasdale told the paper that many gun store owners have been communicating via email during the lockdown and that most are staying open.

WHO IS JAY INSLEE? HERE ARE 5 THINGS TO KNOW ABOUT WASHINGTON'S GOVERNOR

“My understanding is that gun shops are not considered essential and are included in the temporary closure of nonessential businesses,” Tara Lee, spokeswoman for Inslee’s office, confirmed to the paper.

Earlier this week, the Cybersecurity and Infrastructure Security Agency within the Department of Homeland Security (DHS) issued guidance over the weekend telling states that they should allow gun retailers and shooting ranges to remain open during the pandemic.

Following the new guidelines, officials in other states that previously deemed gun stores “nonessential” allowed them to reopen.

Since the outbreak began, gun stores nationwide have seen long lines and soaring sales as citizens seek self-protection under the Second Amendment amid fears of social unrest.