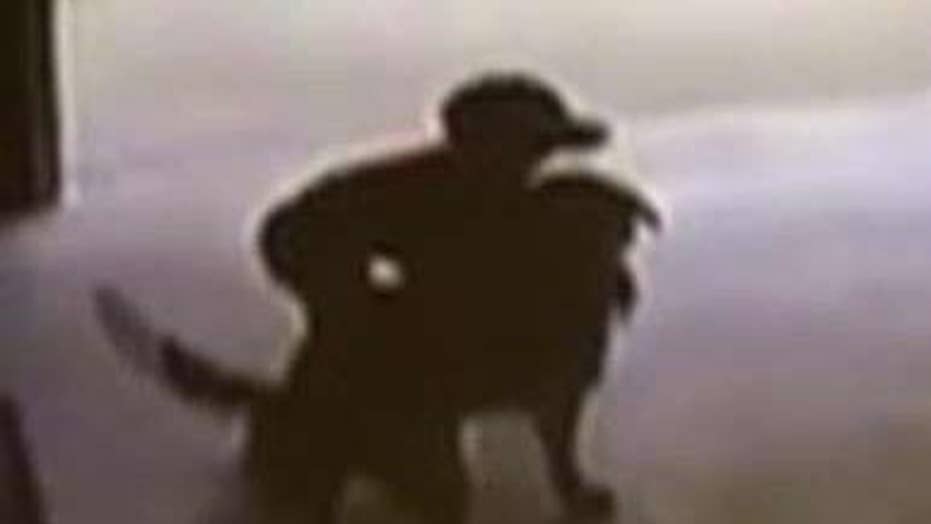 It had all the makings of the perfect crime.

Boy pulls up on his bike to an empty home, garage door open, security camera on. Boy sprints into the garage, stays for a few precious seconds and sprints back out. Did he turn on the water hose? Steal an expensive tool? Worse?

The boy, Josh Breaux, who was heartbroken after his dog died, made the sprint into the garage simply to hug Duchess, the friendly dog that lived there.

The dog’s owner, Hollie Breaux Mallet, from Louisiana, watched the security footage and wanted to find the boy, so she posted the video on Facebook asking neighbors if they knew him.

“I’d like to tell him he’s welcome to stay and play, she loves the attention,” the post said.

One of the responses came from the boy’s mom. Ginger Clement Breaux responded that her son adores dogs, but should not be on someone’s property without permission or her knowing. The boy talks about the dog “all the time,” she wrote.

"We had our dog Bella since Josh was 2, but she passed away last year,” the mom added. “Things have been busy and Josh is active with after school activities so we have not jumped back into taking on the responsibility of starting all over again with a new pup quite yet. It will happen though!"