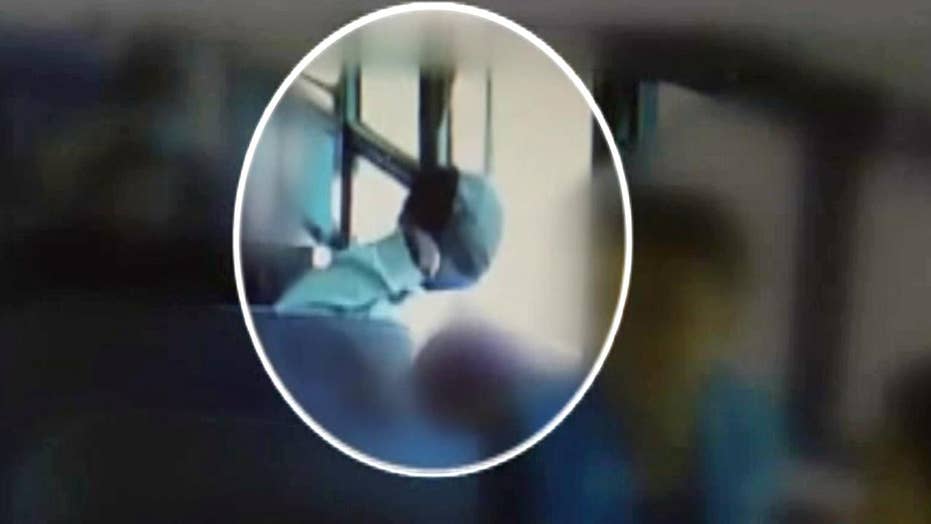 An Upstate mother said she is in shock after her 8-year-old son fell out of a moving school bus - and the entire incident was caught on camera.

Surveillance video from Greenwood School District 52 appears to show Jaquez White, 8, tumble through the emergency door of bus while it is in motion.

"I only cried a little bit when I got back on the bus," Jaquez said. "I was shocked, I was really shocked."

He said the shock has turned to fear and now he doesn't want to ride the bus anymore.

"That's why I don't want to go on the bus anymore because I didn't know know what happened when I fell out," he said.

The boy's mother, Jacqueline White, said she is also scared and in shock after reviewing the video tape with the Ninety Six Police Department. She fears for the safety of not just her son, but other children.

"I could have lost my only child," she said. "It was three kids in that seat, they could have all fell out of the door. It's not just about my child but all of the kids."

The SC Department of Education responded to the incident saying the department conducted a full review of the bus's safety features and found everything to be in good, working condition. Here is the full statement:

"The South Carolina Department of Education was notified by Greenwood 52 district staff regarding a school bus incident that occurred on April 7th. Upon learning of the incident, our agency transportation staff in consultation with law enforcement conducted a full review of the bus's safety features, including its emergency door alarm and latch, and found them all to be in good working condition."

Officers ruled the incident an accident and said the issue was caused by Jaquez's backpacking getting caught on the door.

"To anyone who says he should have been sitting down, you're right," she said. "But that door should also have been secure for my child's safety."