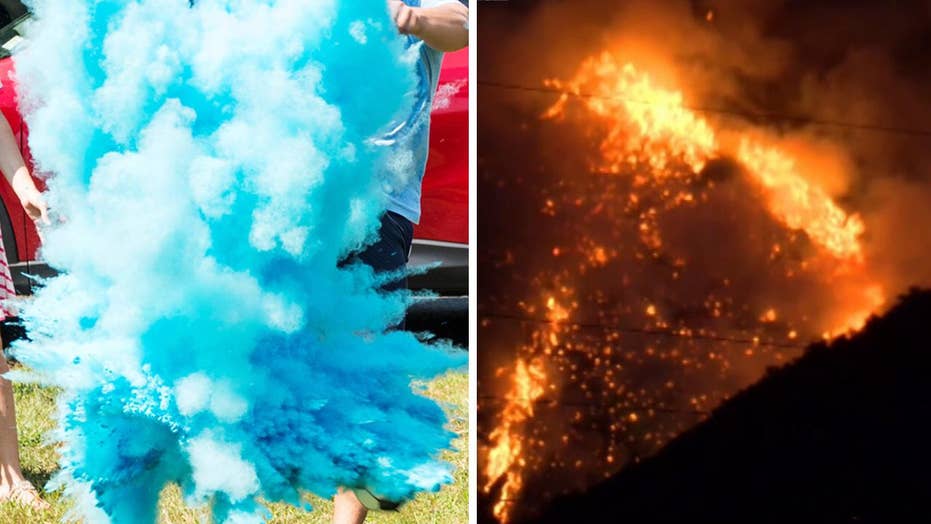 The shot shows the words "BOY" and "GIRL" written across a target that's surrounded by tall grass. When the target is hit, a flash of blue powder briefly appears before an explosion takes over the area, lighting the Sawmill Fire.

Dennis Dickey, 37, of Tucson, pleaded guilty in September to igniting the fire, which burned more than 45,000 acres and caused more than $8 million worth of damage in April 2017.

Dickey shot a rifle at the target, which contained the highly explosive substance Tannerite, thus sparking the fast-moving blaze.

The then-off duty Border Patrol agent reported the fire immediately and admitted to being the cause of ignition.

As part of a plea agreement, Dickey agreed to five years of probation and to make a public service announcement about the cause of the Sawmill Fire with the Forest Service. He also agreed to pay more than $8 million in restitution.