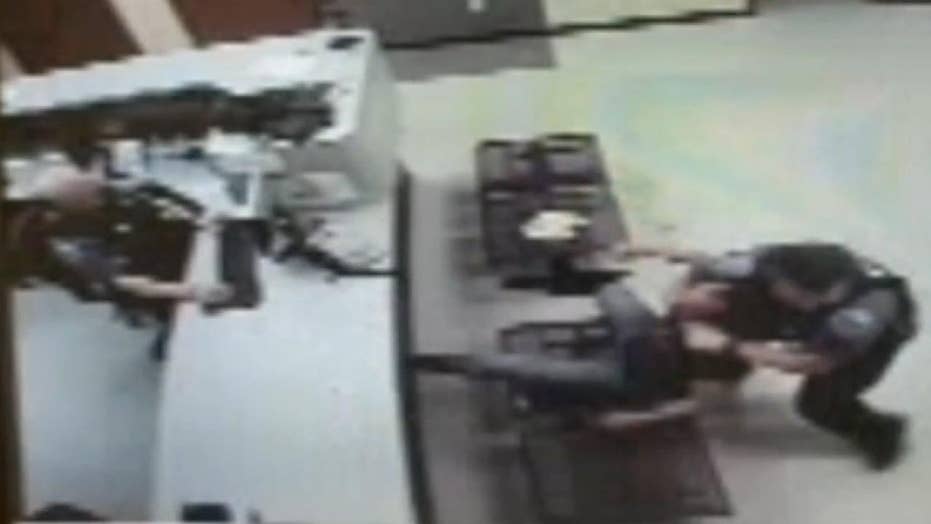 Pevely police officer charged with misdemeanor and out of job after incident with suspect caught on surveillance video in Missouri.

A Missouri police officer lost his job and is now facing an assault charge after allegedly choking and shoving a prisoner who had insulted him, officials say.

Robert Watson, a former corporal with the Pevely Police Department, was charged with fourth-degree assault Monday stemming from the alleged incident April 23. Surveillance footage purportedly shows him lunging at an inmate who was being booked for violating a court order.

“It appears this officer let his emotions get the best of him,” Jefferson County Prosecutor Trisha Stefanski told the St. Louis Post-Dispatch.

“I’m a huge supporter of law enforcement, but this was unprofessional, and there was a crime committed,” she added.

A video that has emerged of the alleged assault first shows an officer that appears to be Watson standing behind a desk at the Pevely Police Department’s booking area, interacting with an inmate that was sitting on the other side.

The officer then gets up, walks around the desk and grabs the inmate by the neck from behind, placing him in a chokehold and throwing him to the floor. The footage ends with the cop shoving the prisoner into a jail cell and slamming the door.

Stefanski told the St. Louis Post-Dispatch that the inmate – whom detectives said was insulting Watson prior to the alleged assault – did not seek medical attention.

The department’s captain, Larry Miller, also says he “took immediate action” and asked the Jefferson County Sheriff’s Department to investigate the matter. The 28-year-old officer was suspended without pay on May 7.

Watson and another officer, Wayne Casey – seen sitting behind the desk as the assault unfolded – were then fired last Wednesday, according to KMOV.

The firings come after Pevely Police Chief Charles Moutray resigned in March over allegations that he assaulted his wife.