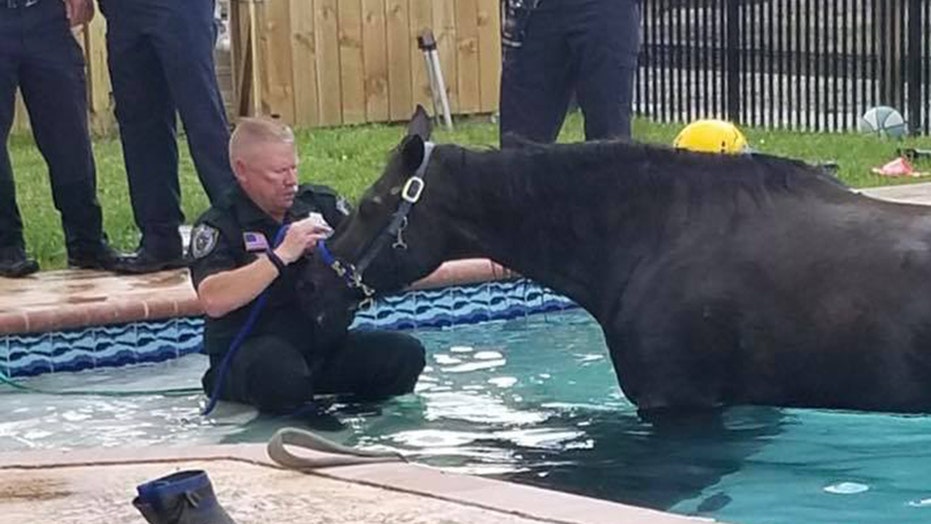 The "drowning human" police responded to in Florida on Sunday — which turned out to be a horse stuck in a pool — has died, sheriff's officials said Monday.

Investigators discovered a "poor horse," as described by the Palm Beach County Sheriff's Office, that fell into a pool at a home in Lake Worth.

A deputy with the sheriff's office walked into the pool and sat on the steps, working to reassure the horse. (Palm Beach County Sheriff's Office)

A deputy, in full uniform and 22 days before his retirement, waded into the pool to reassure the large, dark-colored steed.

He sat down on the steps and calmed the animal, who looked to be standing in around three feet of water.

The sheriff's office worked with Palm Beach County Fire Rescue to remove the horse from the pool. But on Monday, officials said the horse later died. A cause of death wasn't immediately announced.