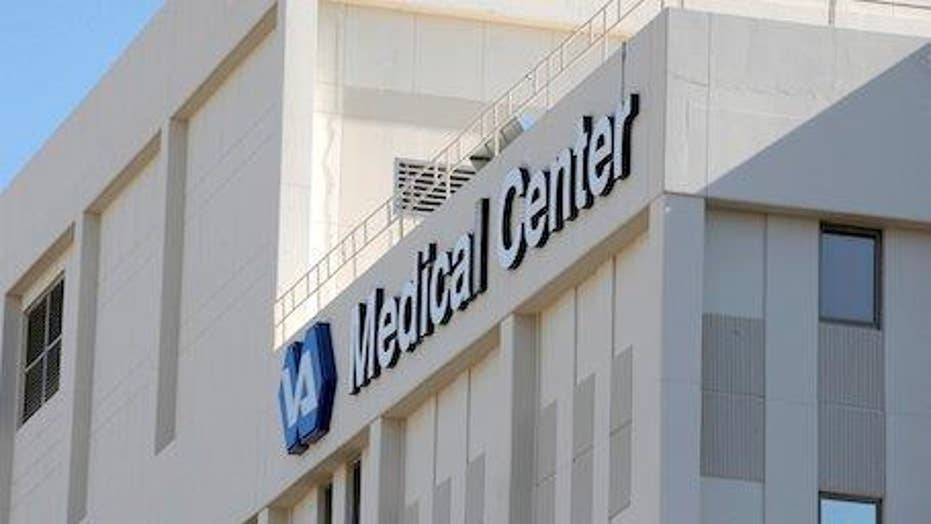 Will Carr sits down with the new director

Three years after at least 35 veterans died waiting for care at the Veterans Affairs hospital in Phoenix, sparking a firestorm of demands for reform across the nation, the facility has been ranked one of the nation’s worst -- and whistle-blowers are frustrated.

Some 89,000 veterans are directed to seek medical care through the Phoenix VA, but the care the government facility provides was awarded the lowest rating, just 1 of 5 points, in a recent internal VA administration evaluation. The annual “Strategic Analytics for Improvement and Learning” report compared all VA medical centers to each other and its own previous performance.

“This is ground zero here in Phoenix, Ariz. It is a cesspool. It’s the worst example of VA health care in the United States -- period,” said Brandon Coleman about problems at the VA in Phoenix. Coleman was one of the original whistle-blowers in the scandal, but he no longer works there.

“After the scandal hit in 2014, money poured into this place like there was no tomorrow. The annual budget was increased more than $100 million per year and yet wait times continue to get worse. Veterans continue to die,” he said.

In January, The U.S. Office of Special Counsel sent its own investigative findings to the White House and Congress, saying the Phoenix VA continues to struggle with significant patient wait times.

“In one case, the VA found that a veteran who died of cardiovascular disease did not receive a cardiology exam his VA physician ordered. The VA determined that had he received the exam in a timely fashion, further testing and interventions could have prevented his death,” the report said.

The report also found that during a week in October 2015, 3,900 appointments were canceled, and 12 patients “may have experienced harm that could have been prevented without the delay in care.”

Other concerns: On average, the Phoenix VA has 1,100 patients waiting longer than 30 days for appointments; the most overwhelmed is the psychotherapy division, with patients waiting an average of 75 days.

Rima Nelson, the current director, is the seventh person to head the Phoenix VA since the scandal broke in 2014 – exposing a consistent and chronic pattern of long wait times, canceled appointments and fraudulent record-keeping. Dozens of veterans died waiting for care that never came. While Nelson has been tasked with reform, her history within the administration has been extremely controversial, and her critics aren’t sure she can handle the monumental undertaking.

When Nelson headed the St. Louis VA from 2009 to 2013, the VA was forced to notify 1,800 patients that they potentially were exposed to Hepatitis and HIV because dental instruments weren’t properly sanitized. A short time later, the facility closed down its operating rooms for the same reason.

Following the St. Louis fiasco, Nelson was sent to the Philippines for three years to head the VA hospital there and then was reassigned to Phoenix.

“We've had seven directors in 2 ½ years, each with more baggage than the last,” Coleman said.

Nelson, in an interview with Fox News, said being reassigned to the Philippines was her choice. She says that she took action after finding out about the problems in St. Louis and said she can understand why people would question her time there if they only read the headlines. She also struggled to say what rating she’d give to the facility in Phoenix right now.

Kuauhtemoc Rodriguez, a whistle-blower thanked by the U.S. Office of Special Counsel in January for his help in providing critical information about problems at the Phoenix VA, said the problems are far worse than the report indicates.

“Anyone who has ever served in the military knows that you never leave somebody behind and the Phoenix VA has left veterans behind and I'm not going to stand for it,” Rodriguez said. “I say, personally, that it's gotten worse than when it first got disclosed in 2014 that they were manipulating data because the people who were manipulating data then are still in charge today. They only changed the upper heads and the executive leadership.”

For speaking out, Rodriguez says he’s now being retaliated against. “It’s been a living hell,” Rodriguez said.

Nelson could not explain why Rodriguez’ duties have been curtailed.

“I can't give you a specific response because I don't know of any specific connection that would address that directly,” Nelson said, maintaining that if she knew of retaliation, she would do something about it.

While Nelson said she has an open-door policy, Rodriguez said Nelson has never asked to meet with him even after his allegations were made public.

Several veterans who spoke with Fox News are looking to the new administration to turn things around.

One concern they have: President Trump’s VA secretary nominee was an appointee of then-President Obama and a big supporter of Nelson.

Last October, David Shulkin, then Undersecretary of Health for the Department of Veterans Affairs, introduced Nelson at the Phoenix VA and was pressed about her time in St. Louis.

"We looked at these issues, we actually saw a leader who was decisive, acting with veterans interests and capable of managing this type of complex organization," Shulkin said.

Coleman said he hopes the new administration is up to the task.

“We need a bulldog in there somewhere,” he said. “We need someone who is going to get the accountability going that’s going to hold these corrupt administrators accountable.”