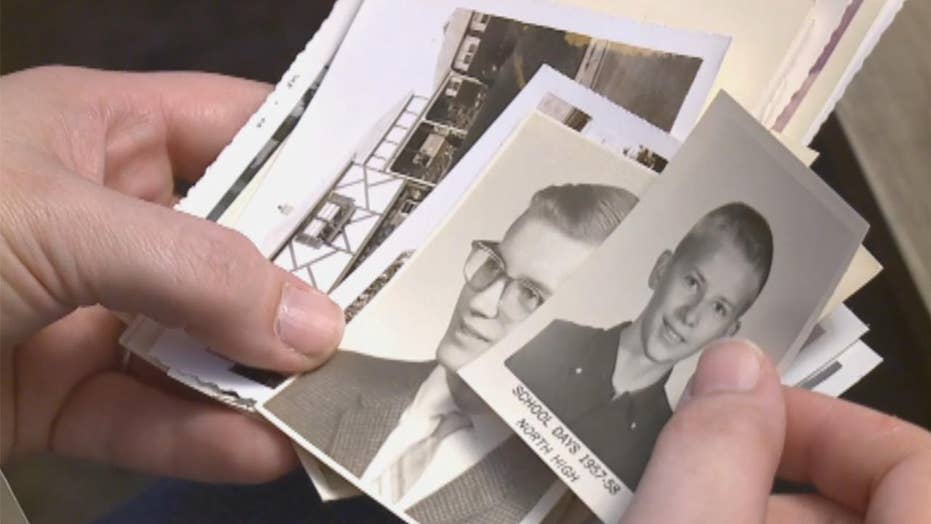 Indiana man who came into possession of a box of treasures in a home foreclosure has being trying to locate the owner for nearly a decade.

An Indiana veteran who came across a box of personal possession nearly 10 years ago is trying to reunite them as Memorial Day approaches with their rightful owner.

Rick Nichols told FOX59 he found a box containing the possessions of an Air Force veteran while emptying out a foreclosed home in East Indianapolis in 2008.

“Everything I came across, all the houses, all the junk, this is the one thing I couldn’t part with, for whatever reason,” he said.

The items discovered in the box include old high school yearbooks, photos, and newspaper clippings, all telling the story of this mystery veteran.

Rick Nichols discovered the box full of personal items when cleaning out a foreclosed home in 2008. (FOX59)

That mystery man, according to the Air Force discharge papers Nichols found, is David Carroll Wenner, once of Evansville, Indiana.

“I’ve got a sense of brotherhood with prior military,” said Nichols, “and I think that’s what this was for me.”

Veteran thanks officers who talked him down from suicide

Veteran thanks Arizona police officers three years after they talked him down from suicide.

Nichols is now trying to find out if Wenner is still alive, and what happened to the family members pictured in photos discovered in the box. He told FOX59 he's tried several times to track down Wenner or his family, but hasn't been successful.

“I’m not trying to be the hero,” he said. “I just want the guy to have his stuff back.”