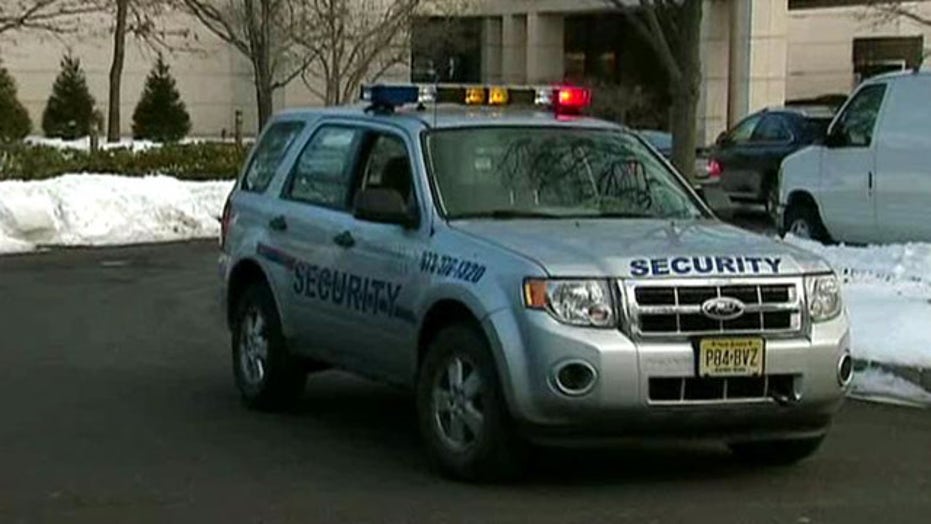 A Range Rover stolen after a man was shot and killed in front of his wife Sunday evening during a carjacking at New Jersey mall has been found, police say.

The vehicle was found in Newark, its police department confirmed to Fox News, a city approximately 10 miles away from the scene of the shooting.

Authorities are still looking for two suspects who confronted the couple in the parking garage of the Mall at Short Hills in Millburn Sunday evening. The couple were getting into their 2012 silver Range Rover around 9 p.m. local time when two men approached and demanded the vehicle, The New York Post reported.

Officials say that victim, 30-year-old Dustin Friedland of Hoboken, was shot in the head when he resisted. His wife was not injured, but the men took off in the vehicle, acting Essex County Prosecutor Carolyn A. Murray said.

"It obviously was a car with some value,” Murray said, according to the New York Post. "Our police department is out there and I’m sure they’re doing everything that needs to be done."

The mall, located approximately 20 miles west of New York City, was briefly placed on lockdown until authorities determined there was no danger. The mall had been kept open later than normal for holiday shopping.

Murray said there were no motives yet for the shooting, MyFoxNY.com reports.

Friedland was a lawyer who had worked recently at his family's HVAC company analyzing construction-related legal claims, according to his LinkedIn profile. Friedland's wife, Jamie Schare Friedland, is listed as an attorney specializing in landlord-tenant law at a firm in New York City. Both attended law school at Syracuse University, according to their online profiles.

A woman who answered the phone at Epic Mechanical in Neptune, N.J., declined to comment and said Friedland's father, who also works there, was not in the office. No one answered at several phone numbers listed for other relatives.

Sunday's encounter was the latest in a troubling pattern in Essex County, whose borders encompass crime-plagued Newark to the east as well as Short Hills and other affluent suburbs to the west. Carjackings have risen steeply in the past several years, leading local authorities to create a multi-agency task force three years ago after a spate of crimes that included brazen daytime attacks and the carjacking of a snowplow two days after a Christmas blizzard.

The partnership succeeded in arresting and prosecuting three groups responsible for most of the carjackings, and the crime rate fell temporarily. Since then, it has ticked up, with 416 last year in Essex County, a 44 percent increase from 2010.

Nearly 300 carjackings were reported through July 31 of this year, according to the county prosecutor's office. In August, authorities announced a program that uses billboards to display mug shots of convicted carjackers next to the number of years they are serving in federal prison.