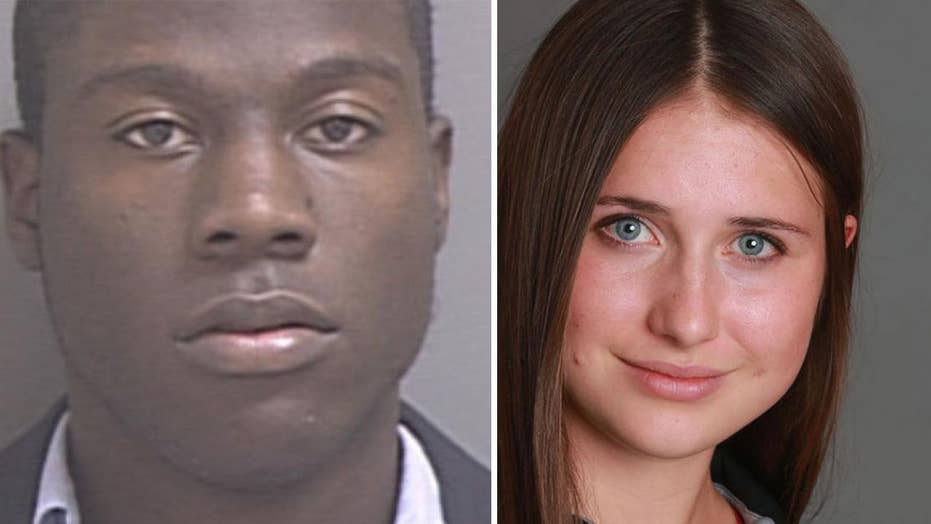 The 21-year-old University of Utah student who was allegedly killed late Monday night by her ex-boyfriend -- a registered sex offender -- was reportedly on the phone with her mother just moments before the fatal shooting.

Lauren McCluskey, a senior from Pullman, Washington, was found dead soon after gunshots were heard near a residential dormitory on campus. Her suspected killer, Melvin Rowland, was found dead inside an off-campus church in downtown Salt Lake City.

In a statement obtained by KTVU and attributed to her family, McCluskey's mom said she was speaking to her daughter on the phone as she returned from an evening class to her apartment.

"Suddenly I heard her yell, 'No, no, no!' I thought she might have been in a car accident. That was the last I heard from her," the statement said. "My husband called 911. I kept the link open. In a few minutes, a young woman picked up the phone and said all of Lauren's things were on the ground."

Melvin Rowland, a 37-year-old registered sex offender, is believed to have shot and killed University of Utah student Lauren McCluskey. He was found dead with from a self-inflicted gunshot wound about 4 miles from campus.

In the statement, the family said McCluskey and Rowland dated for about one month and he had lied to her about "his name, his age, and his criminal history."

"Lauren was informed by a friend about his criminal history, and she ended the relationship with her killer on October 9, 2018," the statement continued. "She blocked his and his friends' phone numbers and complained to the University of Utah police that she was being harassed."

According to the Salt Lake Tribune, Rowland was convicted of attempted forcible sex abuse and enticing a minor over the Internet in 2004. He was released from prison in 2013.

University of Utah Police Lt. Brian Wahlin told reporters Rowland and McCluskey appeared to have had an argument at about 9 p.m. Monday night. Police found her body just before 10 p.m. near the medical towers.

Wahlin said police followed Rowland into the off-campus church after he was spotted at about 1 a.m. He said Rowland's body was found inside the church; he did not provide the circumstances of Rowland's death.

FOX13 reported Rowland was found dead from a self-inflicted gunshot wound inside the Trinity AME Church, about four miles away from the scene of the shooting.

At 1:47 a.m., the university sent an alert that Rowland was “no longer a threat.”

“Lauren was a highly regarded member of the university’s track and field team and an outstanding scholar, a senior majoring in communication,” Watkins said in a campus-wide message. “Several members of our university administration spoke with Lauren’s family last night and I have also reached out to them. Her family is understandably in shock at this news about their daughter. They are heartbroken. We have and continue to offer our full support to them at this terrible time.”

"This news has shaken not only myself but our entire University of Utah athletics family to its core," he said.

McCluskey was a track and field athlete and majored in communication. She was set to graduate in May 2019.

"It was really scary to look out the window and see. I saw 15 to 20 police officers right where we're standing right now," Tyler Olsen, a student who lives in family housing near the shooting scene, told the Deseret News. "I mean, you're in your home, but nowhere feels safe in that moment."

Last month, an ex-convict pleaded guilty to killing a University of Utah student from China using a gun stolen after another slaying. Austin Boutain, 24, was sentenced to life in prison without the possibility of parole.

Boutain and his wife were charged with hatching a carjacking plot that led to the October 2017 death of 23-year-old Chenwei Guo, whose parents live in Beijing.