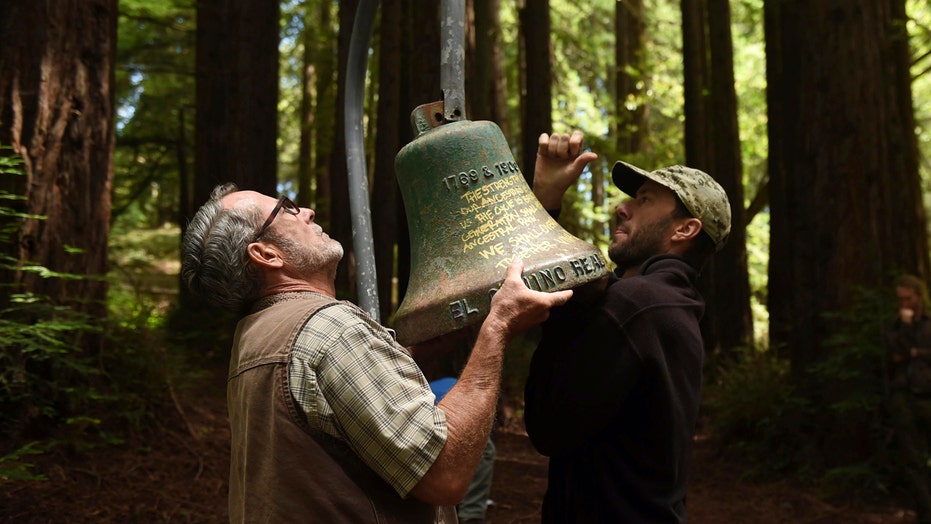 A university in California removed a historical symbol from its campus Friday in an effort to be “more inclusive” after a years-long campaign by Native American community members argued the marker highlighted a period of racism in the state.

The El Camino Real Bell was removed from the University of California Santa Cruz after administrators had several discussions with members of the Amah Mutsun Tribal Band and other community members who felt that the bell marker glorified a period of time when Spanish missionaries dehumanized their ancestors and culture and enslaved those who converted to Christianity.

Vice Chancellor of Business and Administrative Services Sarah Latham said the school moved forward with the removal "in support of efforts to be more inclusive.”

The cast-iron bell, named after the route connecting 21 Franciscan missions, was one of hundreds of displays placed across highways in California in 1906 as a way to honor the state’s “Hispanic past” and “expand tourism,” UCSC said in a press release.

A detailed view of graffiti on an El Camino Real bell marker located at UC Santa Cruz is shown before being officially removed on Friday, June 21, 2019, in Santa Cruz, Calif. (AP Photo/Cody Glenn)

“The bell marker, which memorializes the California Missions and an imagined route of travel that once connected them, is viewed by the Amah Mutsun and many other California indigenous people as a racist symbol that glorifies the domination and dehumanization of their ancestors,” the release continued.

Chair of the Amah Mutsun Tribal Band Valentine Lopez called the bells a “painful” reminder that “celebrate the destruction, domination and erasure of our people.”

“It is shameful that these places where our ancestors were enslaved, whipped, raped, tortured and exposed to fatal diseases have been whitewashed and converted into tourist attractions.”

The university hasn't decided on the bell's fate, but the Amah Mutsun have suggested what the school called the only “two acceptable options” for its future: display it in a museum with the proper context or melt it down and “recycle for peaceful purposes.”

The removal comes as college campuses across the country take down symbols deemed racist by some community members.

Earlier this year Notre Dame announced it would cover campus murals depicting Christopher Columbus in “an attempt to tell the story of the native peoples.”