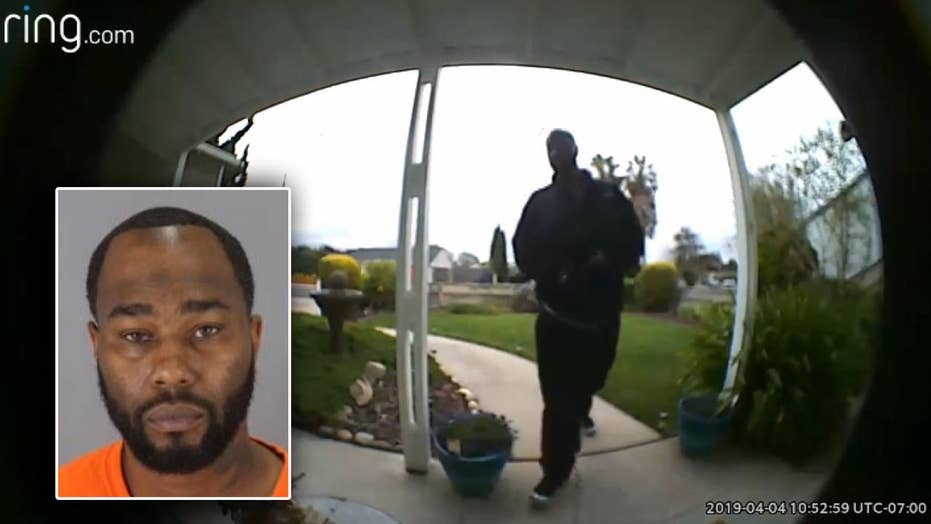 A California Uber driver was arrested Friday after he attempted to burglarize the home of a customer who he picked up and dropped off at an airport earlier in the day, police said.

Jackie Gordon Wilson, 38, was arrested and charged with burglary and attempted burglary after police said he was caught on video ransacking a home near his initial targeted residence in San Mateo. Wilson picked up the passengers, including the homeowner, from the home Thursday and dropped them off at the airport.

But instead of picking up more customers on the ride-sharing app, Wilson returned to the riders' home, knowing they wouldn’t be there, and attempted to burglarize it, authorities said. His efforts were thwarted when the home’s alarm system went off, San Mateo police said.

Wilson then allegedly went to a different home a few blocks away and “completely ransacked” it. The homeowners, later identified as Shana and Scott, uploaded their home surveillance video onto Ring’s community sharing platform where a resident identified Wilson as the Uber driver, police said.

Surveillance video from the first San Mateo home showed a man believed to be Wilson lurking outside the front porch about an hour after the airport drop-off. The man eventually abandons his suspected burglary attempt and walking down the street to look for his next target.

Police arrested Wilson and searched his Rancho Cordova home where they said he found items he stole from the second house.

“Stuff is just stuff and I’m happy that we’re safe. But there were family heirlooms that I’m really, really hoping that I can get back. They are from my grandmother [and] they go way back to the Holocaust,” Shana told KTVU.

WE KNOW UBER CAN TRACK YOU AT ALL TIMES: SHOULD THEY?

Scott added: “I’m definitely thinking twice about taking ride-shares further after this. I think everybody should this is a big deal. He used this to facilitate committing a crime."

Uber said in a statement to KTVU that it has removed Wilson from the ride-hailing app.

“We removed the driver’s access to the app as soon as we were made aware of the allegations and stand ready to assist police in their investigation,” the statement read.

Police said they are investigating to see whether Wilson is linked to other burglaries.