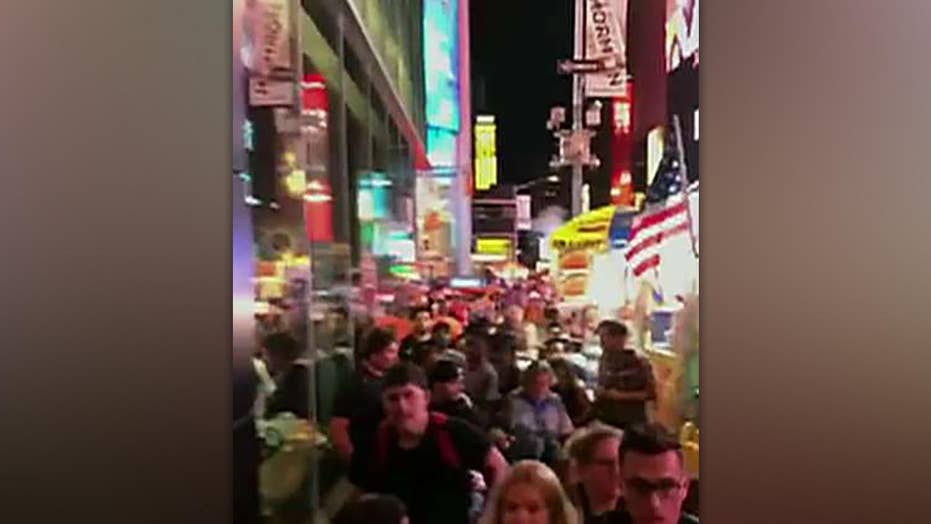 Hardened New Yorkers and wide-eyed tourists alike -- still reeling from the news of mass shootings in Texas and Ohio -- were sent scrambling through crowded Times Square on Tuesday night when a backfiring motorcycle was mistaken for an active shooter.

The NYPD confirmed receiving several 911 calls around 9:45 p.m., but confirmed there was no active shooter and said the city’s famous theater district was safe. About 12-20 people were injured in the melee, though fewer than six went to hospitals for minor issues, police told WNBC.

“Please don’t panic. The Times Square area is very safe!” they said in part on Twitter.

Videos on social media showed people running in fear after the loud sound echoed around midtown.

“In Times Square. There was a loud sound (later heard it was a motorcycle backfiring) and everyone panicked. Running en masse, men yelling ‘Get down!’ Separated from my brother, but now fine. Freaky experience,” one Twitter user wrote.

The false alarm sent people fleeing into restaurants and theaters, disrupting a performance of “To Kill a Mockingbird” at the Shubert Theatre on 44th Street near 7th Avenue.

“Stopped our show tonight due to a motorcycle backfire that was mistaken for a bomb or shooting,” cast member Gideon Glick tweeted. “Screaming civilians tried to storm our theater for safety…This is the world we live in. This cannot be our world.”

The scare came just days after 22 people were killed in a mass shooting in El Paso, Texas and nine others were killed in Dayton, Ohio in massacres that occured fewer than 24 hours apart.

Mayor Bill de Blasio tweeted Tuesday night “Times Square is safe and secure,” adding “what people felt was all too real. Nobody should have to live in constant fear of gun violence. Let’s FIX this NOW.”