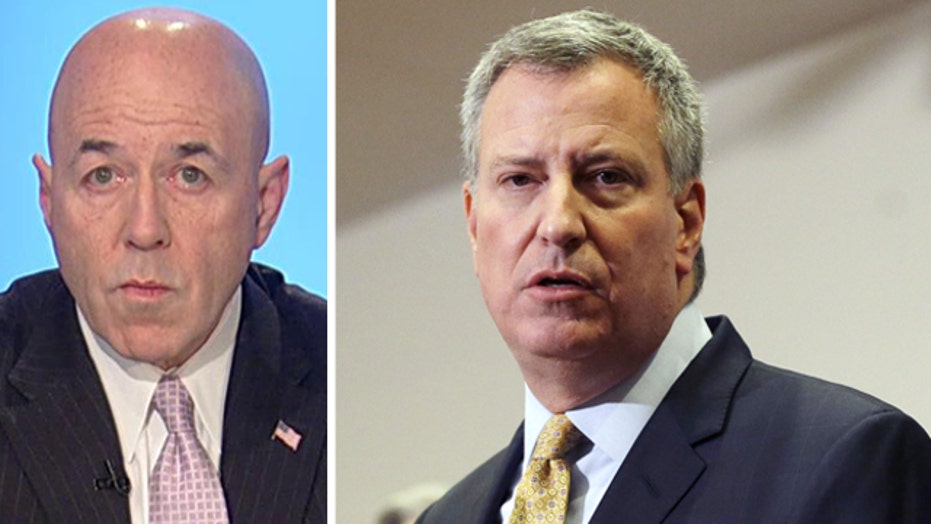 New York City Mayor Bill de Blasio said Sunday that Americans must have “an honest conversation in this country about a history of racism,” while saying police departments in the United States must be re-trained, to “change the fundamental relationship between police and community.”

Both cases have sparked protests across the nation.

“We have a whole series of things we have to do to change the dynamics in our city,” de Blasio told ABC’s George Stephanopoulos. “This is true all over the country. We have to re-train police forces in how to work with communities differently.  We have to work on things like body cameras that would provide different levels of transparency and accountability. This is something systemic.  And we bluntly have to talk about the historic racial dynamics underlie this.”

The July 17 arrest on Staten Island of Eric Garner was caught on tape, showing Garner being restrained in an apparent chokehold and saying “I can’t breathe,” after being wrestled to the ground by several police officers. Garner was being arrested for allegedly selling loose cigarettes.

“Our police keep us safe, and yet there's been, as I said, not just decades of problems, a history of centuries of racism that under gird this reality,” de Blasio said. “We can transcend that. We believe, in New York City, re-training our entire police force [that] it's going to make a huge difference.”

The Rev. Al Sharpton, speaking to Chuck Todd on NBC’s “Meet the Press,” said he is pushing for a march on Washington on Dec. 13 in the wake of Eric Garner’s death.

“You've got to be able to move the jurisdictional threshold, which Congress can do. Congress needs to put money in the Justice Department to investigate these cases. We gotta go to bring protests to where it goes into legislation; otherwise, we'll be back here again,” Sharpton, who hosts a political talk show on MSNBC, told NBC.