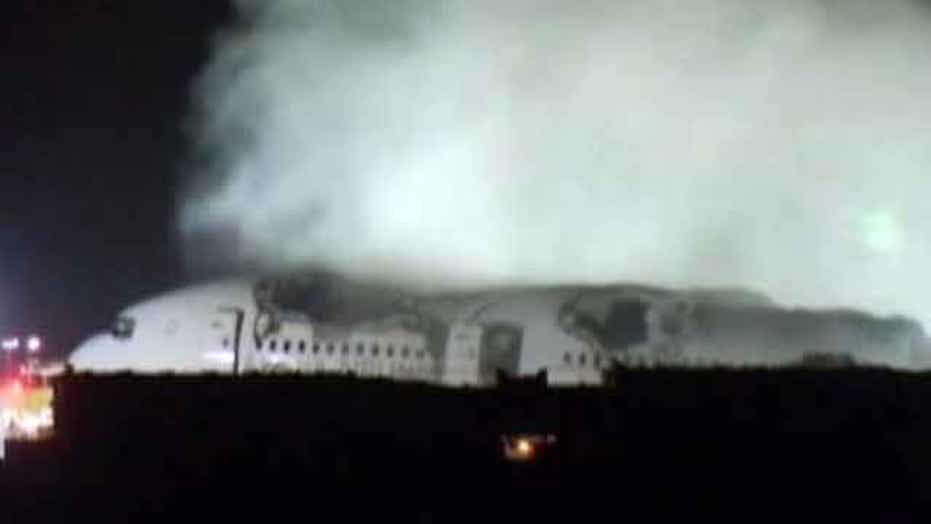 A girl critically injured in the Asiana Airlines plane crash died Friday morning, making her the third victim of the disaster at the San Francisco airport.

San Francisco General Hospital released a statement saying the patient who died there was "a girl who had been in critical condition and died as the result of her injuries. Her parents have asked that we reveal no further information at this time. We will respect their wishes while they grieve."

Earlier Friday, police said one of the two Chinese teenagers who died was struck by a fire truck while she was covered in foam that crews had sprayed to douse the fire aboard the plane.

It wasn't clear, however, whether 16-year-old Ye Meng Yuan was already dead or whether sh was alive after the crash Saturday at San Francisco airport. Authorities were still trying to determine the cause of death.

Police officials confirmed that she was hit by the truck.

"When the fire truck repositioned itself to continue battling flames from the fuselage, the victim passenger was found in the tire track of the fire truck," police spokesman Albie Esparza said.

Asiana Flight 214 collided with a rocky seawall just short of its intended airport runway. Investigators have said the plane came in too low and slow.

In addition to the deaths, 182 people were taken to hospitals although most suffered only minor injuries.

Nearly a week after the crash, investigators have pieced together an outline of the event.

With each new bit of information, the picture emerging is of pilots who were supposed to be closely monitoring the plane's airspeed, but who didn't realize until too late that the aircraft was dangerously low and slow. Nothing disclosed so far by the National Transportation Safety Board investigators indicates any problems with the Boeing 777's engines or the functioning of its computers and automated systems.

"The first thing that's taught to a pilot is to look at the airspeed indicator. It is the most important instrument in the cockpit," said Lee Collins, a pilot with 29 years and 18,000 hours experience flying a variety of airliners. "Airspeed is everything. You have airspeed, you live. You don't, you die."

Investigators are still trying to nail down hundreds of details about the crash last Saturday that killed two people and injured dozens. NTSB Chairman Deborah Hersman has cautioned against reaching conclusions.

The flight's four pilots have been interviewed, as have passengers and dozens of witnesses. Air traffic control recordings and video of the flight's last moments, including the crash itself, have been examined.

Airport officials hope to re-open the runway by late Sunday. The closure has led to flight cancellations and delays.