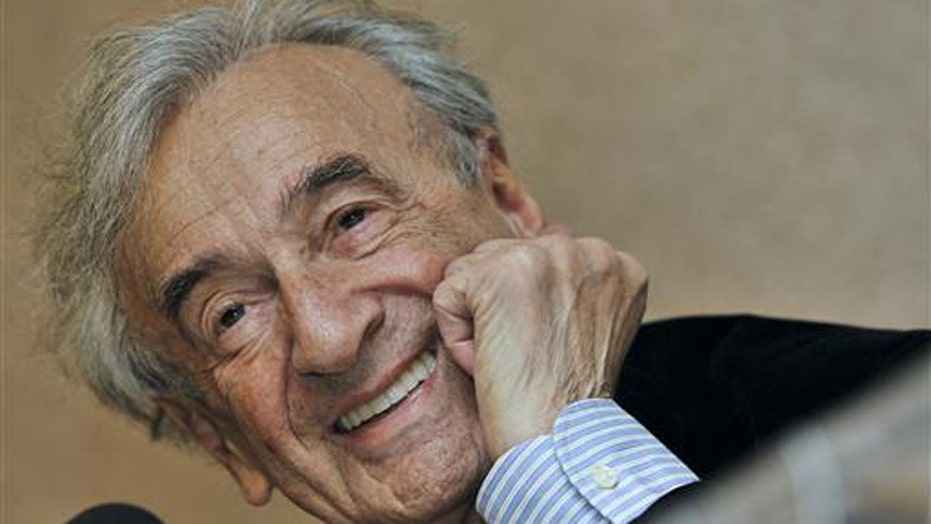 Elie Wiesel, who died Saturday at the age of 87, was a writer and a journalist, a winner of the Nobel Peace Prize, and the author of "Night," a book that, several decades after its initial publication, spent an astonishing 80 weeks on The New York Times bestseller list. He will be mourned by many.

But perhaps his greatest legacy is in refusing to let the world forget the circumstances that changed the course of his life -- and that of countless others -- forever.

Born in 1928, Wiesel was just 15 years old when he was ripped from his home in present-day Romania and sent to Auschwitz, one of the most notorious death camps of Nazi Europe. Many years later, in his acceptance speech for his 1986 Nobel prize, he said, "I remember: It happened yesterday or eternities ago. A young Jewish boy discovered the kingdom of night. I remember his bewilderment. I remember his anguish. It all happened so fast. The ghetto. The deportation. The sealed cattle car. The fiery altar upon which the history of our people and the future of mankind were meant to be sacrificed."

Wiesel emerged from the horrors of the Holocaust alive, having lost half his family -- and with a fierce determination to document and remember what had occurred. He said, "I have tried to keep memory alive. I have tried to fight those who would forget. Because if we forget, we are guilty, we are accomplices ... I swore never to be silent whenever and wherever human beings endure suffering and humiliation. We must always take sides."

His 1955 memoir "Night," published when he was still in his 20s, was one of his earlier efforts to document injustice. American publishers were reluctant at first to endorse Wiesel's firsthand and unflinching look at the unimaginable brutality of the Holocaust, The New York Times reported. He would later describe 1940s Europe as "a universe where God, betrayed by His creatures, covered His face in order not to see."

Readers of the 1950s preferred more sanitized accounts such as "The Diary of Anne Frank." But this changed with the trial of Adolph Eichmann in 1961 and the rise of published memoirs and accounts from other Holocaust survivors. Today, "Night," a short but powerful work of not much more than 100 pages, is featured on high school English curricula across the country.

Though "Night" was, in its way, revolutionary, discussing honestly and thoughtfully the conflict between a belief in God and the reality of the Holocaust, Wiesel's contributions go far beyond that account. He was appointed to chair the Presidential Commission on the Holocaust (later known as the U.S. Holocaust Memorial Council) in 1978, serving in that role until 1986, as Haaretz, a leading Israeli publication, and others noted. He was instrumental in the establishment of the U.S. Holocaust Memorial Museum and founded the Elie Wiesel Foundation for Humanity, whose mission, according to its website, "is to combat indifference, intolerance and injustice through international dialogue and youth-focused programs that promote acceptance, understanding and equality."

"There must never be a time when we fail to protest [injustice]," said Wiesel.

Wiesel also published more than 50 other books in his lifetime, and spent years as a college professor. He taught at Boston University, the City University of New York, at Yale University, and at Barnard College, among other institutions.

In addition to reporting on the evils of the Holocaust, Wiesel also spoke out on other issues, both faith-related and political. In 2012 he spoke out against the Mormon practice of posthumously baptizing unbelievers, The Huffington Post reported, and, according to The Algemeiner, he took out full-page ads in both The New York Times and The Wall Street Journal in 2013 to protest Iran's nuclear program.

With the death of Elie Wiesel, the world has lost a tireless advocate for human rights worldwide. But we can honor his legacy by remembering the words of his 1986 Nobel lecture: "There may be times when we are powerless to prevent injustice, but there must never be a time when we fail to protest."

Wiesel is survived by his wife Marion, his son Elisha, his stepdaughter Jennifer, and two grandchildren.