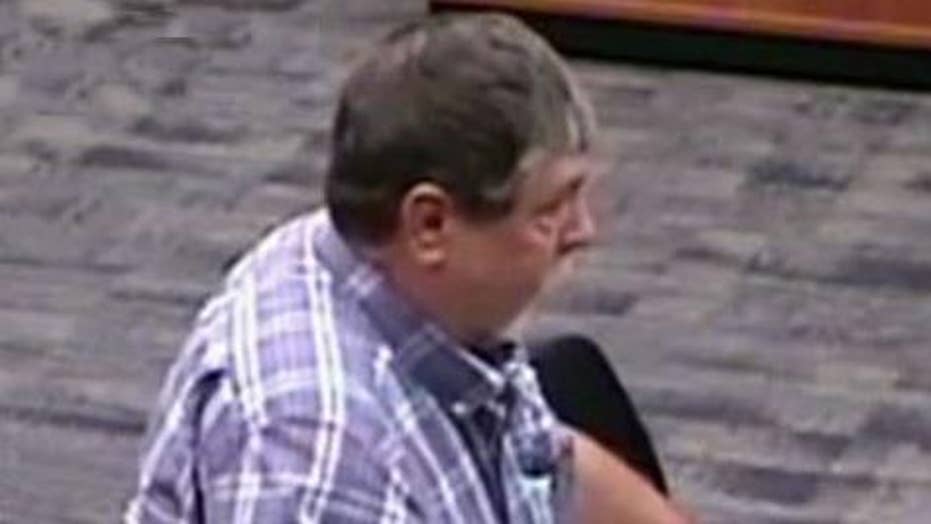 Texas superintendent accused of being a bully

A Texas man confronted his alleged childhood bully – a Houston-area school superintendent – in an emotional address in front of the school board that has gone viral.

Greg Barrett attended a Katy Independent School District board meeting on Monday to confront Superintendent Lance Hindt, who he claimed bullied him during his school days.

Barrett walked up to the podium and how he was “unbelievably bullied” in school in the 1970s and 1980s over his legal name – Greg Gay.

He recalled one incident at lunch when a few classmates pushed his head into a urinal, busting his lip in the interim and leaving him covered in urine. He said the kids kicked him before leaving him in the fetal position.

Barrett said he got up and rinsed his face before going to the principal’s office. The principal allegedly told him “these kids will grow up someday and they won’t always be like this.”

The principal sent Barrett home where he went to his father’s drawer and took out his gun and contemplated committing suicide.

“Because at this point I had nobody — nobody in the school system — to help me. Is that the way this is going to be?” Barrett asked.

He then pointed to Hindt and said, “Lance, you were the one that shoved my head into the urinal.” He raised his arms and thanked the panel for listening before walking away.

A few murmurs were heard as well as a small laugh as Barrett walked away.

From a different point in the room, Barrett asked, “Do you want to debate because I got witnesses that were there when it happened?”

The video then cuts off.  It was not immediately clear if Hindt responded to Barrett after his speech.

“It was difficult for me to listen to a gentleman Monday night recount a bullying incident he said occurred more than 35 years ago,” Hindt wrote in a statement. “As superintendent in three school districts in Texas, I have always tried to create an environment where every student is safe — physically and emotionally. But when an individual impugns my character and reputation as the instigator of those actions, I am disappointed because it simply is not true.”

AUSTIN BOMBER’S FAMILY: ‘WE HAD NO IDEA OF THE DARKNESS THAT MARK MUST HAVE BEEN IN'

Hindt confirmed he and Barrett attended the same middle school but not the same high school.

“And my junior high principal — Mr. McMeans — would never have let me [or anyone else] get away with the actions he described,” Hindt said. “I do not suggest that Mr. Barrett was not bullied, only that I was not part of it. Bullying is wrong. Period. It was then and it is today.”

Barrett told the Houston Chronicle he has not spoken to Lindt since junior high and said one of the boys involved in the bathroom incident has apologized.

Barrett told the media outlet he decided to come forward with his story after hearing reports of bullying at the school district.

"I just figured it was time to say something," he said.

Barrett said he does not want Hindt to lose his job but wants him to acknowledge the incident and apologize to him.

"People change. They do stupid stuff when they're young," Barrett said. "I just want him to acknowledge it, say he's sorry and make some changes so this doesn't continue to happen."