NBC News Correspondent Jo Ling Kent described pregnant moms as "birthing people" and the "economic impact" of women not being able to have abortions on MSNBC's "Katy Tur Reports."

In a lawsuit filed Monday in Houston on behalf of several health care providers, the civil rights group said Paxton issued an advisory on June 24 saying the state's trigger law would not take effect until two months or longer.

"Mr. Paxton’s and the Texas legislature’s attempts to greenlight the immediate prosecution of abortion providers based on violations of the pre-Roe ban must not stand," the complaint said.

The ACLU said it plans to argue at a Tuesday hearing for a temporary restraining order or preliminary injunction to block the enforcement of Texas' abortion ban. Prior to the high court ruling, Texans were able to get an abortion up to six weeks gestation.

"With the blessing of five Supreme Court justices, politicians will soon be able to force Texans to suffer the serious risks, pains, and costs of pregnancy and childbirth against their will," said Julia Kaye, an ACLU attorney with the Reproductive Freedom Project. "But that day is not today, despite Attorney General Paxton’s campaign to stop all abortions immediately by threatening unlawful prosecutions under antiquated laws."

Fox News has reached out to Paxton's spokesperson. In a tweet, he said he anticipated a lawsuit.

"The pro-abortion left is—as expected—now suing me and the State of Texas to block our state’s pro-life laws," he wrote. "I anticipated this and am ready. They will lose. Texas laws defending the unborn will win."

Court battles in other states have also ensued regarding restrictions on abortions. Much of Monday's court activity focused on "trigger laws," adopted in 13 states that were designed to take effect swiftly upon last week's Supreme Court ruling.

A Utah judge blocked that state's near-total abortion ban from going into effect for 14 days, to allow time for the court to hear challenges to the state's trigger law. In Louisiana, a judge in New Orleans, a liberal city in a conservative state, temporarily blocked enforcement of that state's trigger-law ban on abortion, after abortion rights activists argued that it is unclear. The ruling is in effect pending a July 8 hearing. 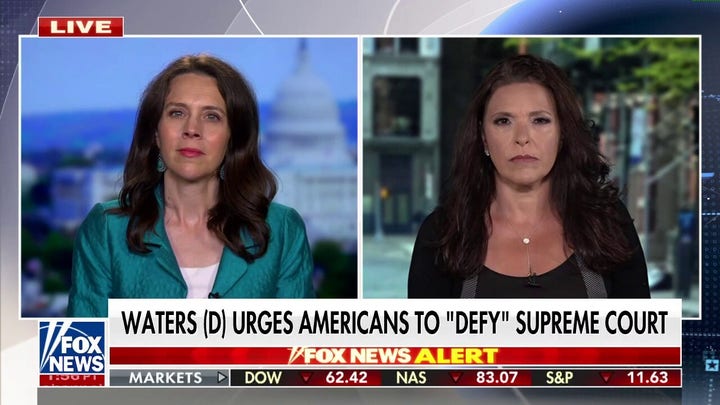 In South Carolina, a federal court lifted its prior hold on an abortion restriction there, allowing the state to ban abortions after an ultrasound detects a heartbeat. In Florida, abortion rights advocates asked a judge to block a new law there that bans the procedure after 15 weeks with some exceptions to save a mother's life or if the fetus has a fatal abnormality.

Abortion rights activists also went to court Monday to try to fend off restrictions in Idaho, Kentucky and Mississippi.