Rep. Henry Cueller, D-Texas, argues the Biden administration has not provided sufficient support to DHS, telling 'America Reports' the termination of Title 42 will result in losing control of the southern border.

In a Wednesday letter to Paxton, Abbott noted the expiration of Title 42 is looming. The Trump-era public health order allows the federal government to expel migrants due to the COVID-19 pandemic.

"With the end of Title 42 just days away, the number of illegal immigrants crossing the Texas-Mexico border has reached an all-time high," Abbott wrote.

He added that more than 2,600 migrants crossed the border near El Paso, Texas, in the past 24 hours.

"These numbers are likely to increase in the coming weeks," he said.

Abbott cited NGOs, which have provided social services to migrants once they cross into the U.S.

"There have been recent reports that non-governmental organizations (NGOs) may have assisted with illegal border crossings near El Paso," he said. "We further understand NGOs may be engaged in unlawfully orchestrating other border crossings through activities on both sides of the border, including in sectors other than El Paso."

The letter comes amid a surge in migrant encounters near El Paso. Earlier this week, El Paso Deputy City Manager Mario D'Agostino told city leaders that the city was seeing an average of 2,500 migrant apprehensions daily. 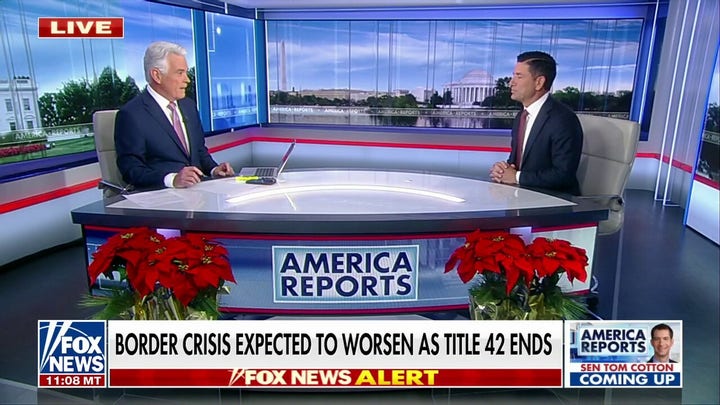 "We're talking about Title 42 being lifted and what that would do here in the community," D'Agostino said. "We have to be cognizant with the fact that it's already here. Look at the vast numbers increased in the past couple of weeks, especially the last three, four days. Those numbers are unsustainable, and that is with Title 42 in place."

Abbott also praised Paxton for suing the Biden administration in an effort to secure the border while touting Operation Lone Star, a Texas border security initiative launched in March 2021.