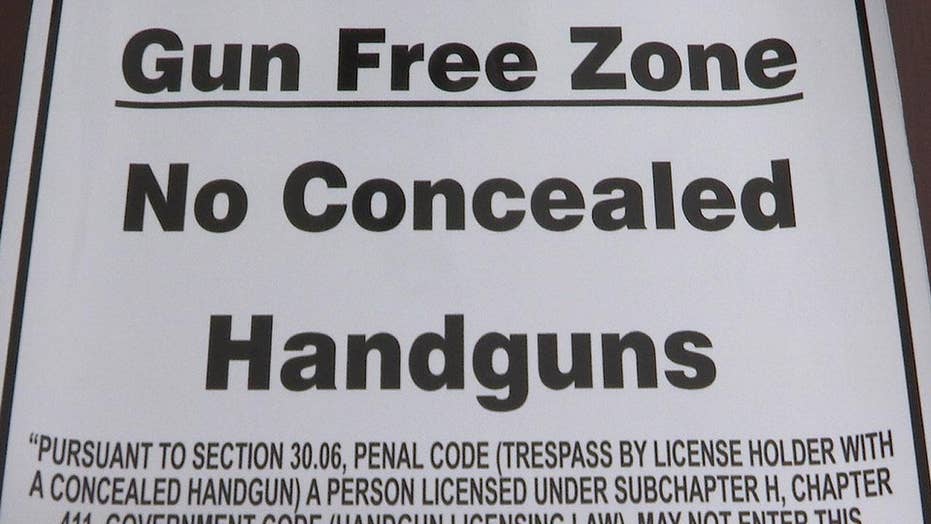 Concealed firearms became legal to carry on community or junior college campuses in Texas on Tuesday.

Greg Cunningham, Chief of the Houston Community College Police Department, made it clear in a video posted on the college’s website that the weapons must be concealed and the person with the weapon must be licensed.

It’s been legal to carry on four-year college campuses since August 2016, but junior colleges were given an extra year to comply with the “Campus Carry Law."

“There are no exceptions to violating any weapons free zone,” Cunningham said in the video.

He added if someone is carrying a weapon that is not fully concealed, it’s appropriate to ask that person to cover it completely.

There are safety checks within the law and provisions that allow colleges to create specific regulations that work best for them. The law requires college presidents to consult with the student body, faculty and staff, and then create rules and regulations on campus carry. Those rules must be voted on by the Board of Regents or Board of Trustees and passed with a two-thirds vote.

Rules must be widely distributed and prominently displayed on the school’s website. Texas A&M created a task force to receive input from their student body. Their concealed carry webpage has a history of the law, frequently asked questions, updates on campus carry rules and a state by state campus carry law guide.

Every other year, colleges must send a report to the legislature on their specific rules and regulations that pertain to the law, and why they created them.

The Texas Department of Public Safety issued 326,733 handgun licenses during fiscal year 2016, ending Aug 31. Almost 75 percent of the applicants who received a license were men. A majority of the licenses went to people between the ages of 43 and 61, but the pool was fairly spread out between 21 and 69 year olds, although applicants only need to be 18.

Ray Bogan is a Fox News multimedia reporter based in El Paso, Texas. Follow him on twitter: @RayBogan
ADVERTISEMENT