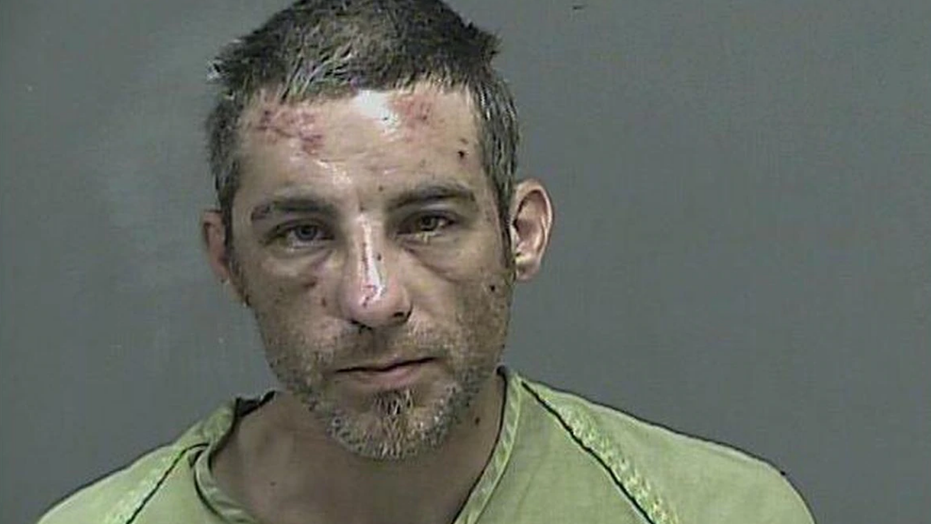 A drunken suspect who was carrying two knives is accused of biting off part of a Tennessee police officer's pinkie finger during his arrest, authorities said, according to reports.

The officer's finger could not be surgically repaired, authorities said.

The suspect, identified as Alex Jessee, 36, of Virginia, faces multiple charges after police said he bit multiple officers, resisted arrest, and used a stun gun on one of them.

Kingsport, Tenn., police responded at 6:40 p.m. Saturday to a call about an intoxicated person at an apartment complex, where they found Jessee sweating, acting erratically, and speaking in “incoherent thoughts," according to a police report.

Jessee claimed to be the owner of the property, but property officials disputed the claim, police said. Residents told police the suspect had been wandering around the apartment complex and got aggressive when they asked him what he was doing, according to Johnson City's WJHL-TV.

During a patdown, police said they found Jessee to be carrying a fixed blade and a pocket knife. During questioning, Jessee became aggressive and began resisting arrest, police said.

An altercation ensued between the suspect and two responding officers, resulting in Jessee biting off the top of an officer’s left pinky finger, according to the station.

The suspect later managed to take a stun gun away from the other officer, before using it on them, police said. He then bit that officer in one of his arms.

Jessee was eventually subdued as he continued to bite and kick, according to the report. An officer's patrol car also was damaged during the altercation, police added, according to WJHL-TV.

Both the suspect and injured officer were taken to area hospitals, the report said. Police added the portion of the officer's finger was recovered but couldn't be attached, the station reported.