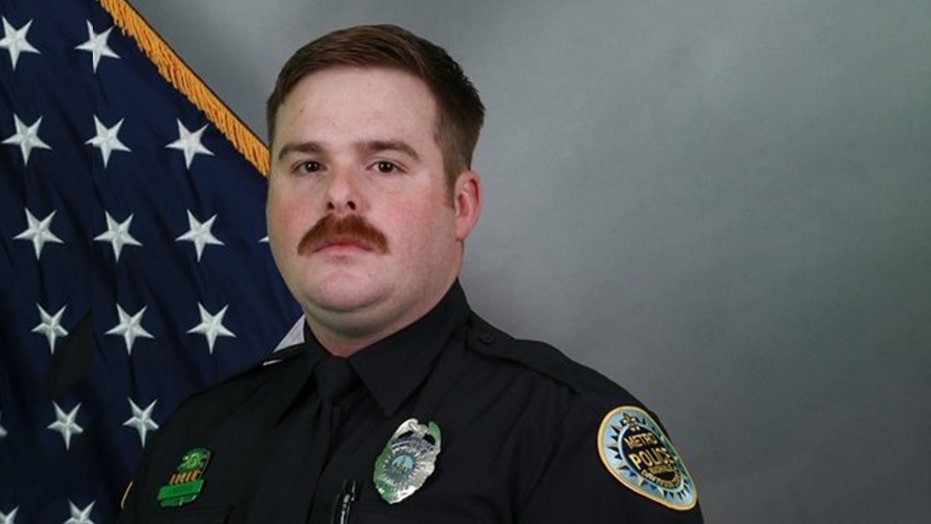 A Tennessee teenager charged in the death of a Nashville police officer after she crashed into his patrol vehicle allegedly had traces of marijuana in her system at the time, according to local reports.

Jayona Brown, now 18, is facing several charges, including vehicular homicide, in the death of Metropolitan Nashville Police Officer John Anderson, who was killed on July 4.

During a hearing Thursday, it was revealed that Brown tested positive for THC three hours after the crash, Fox 17 reported. There were no other impairments listed in the blood test.

A Tennessee teenager charged in the death of a Nashville police officer after crashing into his patrol vehicle allegedly had traces of marijuana in her system at the time, according to local reports. (The Metropolitan Nashville Police Department)

Brown’s attorney, Michie Gibson, told Fox News in July that the teen snuck out of her mom’s home early on July 4 with her aunt’s 2016 Ford Fusion.

Metro Nashville Police said an officer tried to pull Brown over but she took off and crashed into Officer Anderson’s patrol vehicle after running a flashing red traffic light, killing him.

Anderson, a four-year veteran of the Metropolitan Nashville Police Department (MNPD) and a father of an 18-month-old son, was heading to a nearby highway to assist a fellow officer with a pedestrian who was reported to have been in a traffic lane waving his arms, police said.

Fox 17 reported that Anderson was traveling 85 mph and slowed down to 71 mph when the crash happened. The accident reconstruction reportedly showed that the crash could have been prevented if Brown did not run the red light and if Anderson, 28, hadn't been speeding.

Brown’s attorney had argued that Anderson was negligent, saying he was driving above the allowed speed limit while responding to a scene, according to WTVF-TV.

Gibson told Fox News the first thing an emotional Brown told him is, “I didn’t mean to hurt anyone.”

Brown’s passenger, Antona Esaw, was rushed to an area hospital in critical condition after the crash. She was released soon after.

The officer who first arrived on scene, the same officer who tried to pull Brown over before the crash, reportedly said in court that he witnessed her accelerate to 50 mph while trying to get away, but he stopped the pursuit and lost sight of the car she was driving when she turned onto another street.

Police said Brown, who was 17 at the time of the crash, was driving without a license. The teen was booked into juvenile detention on charges of vehicular homicide by recklessness, felony evading arrest, aggravated assault by recklessness, driving on a suspended license and juvenile curfew violation.

The district attorney is reportedly trying to charge Brown as an adult. She’s due back in court in February.