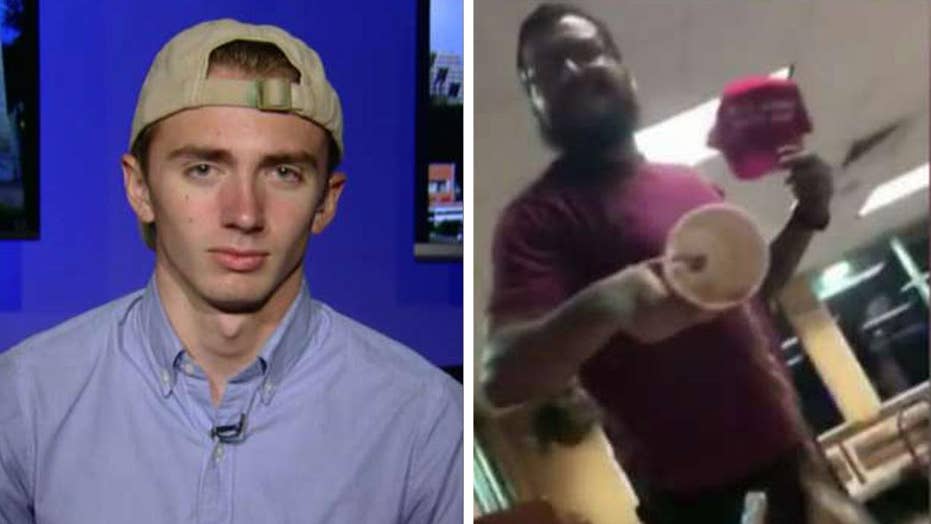 A sixth grade social studies teacher is under investigation for a tweet comparing the Texas teen who had his “Make America Great Again” hat stolen inside a Whataburger to a “Nazi,” with the teacher reportedly adding: “F---” him.

“Mr. Pattisapu is a teacher in Channelview Independent School District.  We are aware of the comments made on social media,” LeBlanc said. “The district is taking this matter seriously and we are conducting an investigation.”

Pattisapu reportedly responded “exactly” to a tweet saying the man -- identified as Kino Jimenez, 30, who tossed a large drink at 16-year-old Hunter Richard before stealing his "MAGA" hat -- “had the totally correct response.”

“These s---cake kids r the same type to wear a MAGA hat to the African American museum,” the July 4 tweet obtained by The Houston Chronicle reads in part. “The same douchebag kids who do a Nazi salute in a class picture then claim it was a joke. F--- EM”

The private Twitter account in question reportedly describes Pattisapu as an atheist, liberal public school teacher and a son of immigrants.

Police arrested and charged Jimenez with theft and returned the hat to Richard, who also received a new “replacement” MAGA hat signed by President Trump.