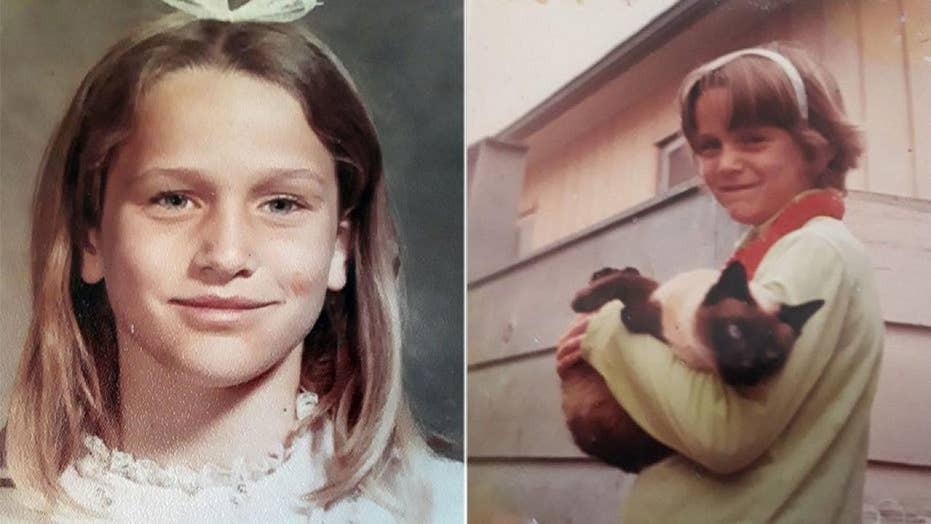 It had been 45 years since the day 11-year-old Linda O’Keefe left school bound for home — and never made it.

She was found strangled, her body tossed in a ditch, the next day.

Now, cops in Newport Beach, California have announced what they've long been waiting for: the arrest of Linda’s suspected killer.

Like many cold-case arrests, this one came about with the help of more advanced DNA technology and checking evidence against information investigators found on a genealogical website.

Police zeroed in on Neal in January, said Todd Spitzer, the Orange County district attorney, and then kept him under surveillance until they were able to retrieve DNA he left behind. Authorities did not disclose any further details at a press conference.

“We have never forgotten Linda,” Newport Beach Police Chief Jon Lewis said at the news conference. "Her face and her memory have been with us since it happened."

Neal faces charges of murder, and kidnapping with the intent of lewd and lascivious acts with a child, officials said.

He faces life in prison without the possibility of parole for the brutal murder and the DA says they will consider asking for the death penalty.

Officials said Neal worked in construction when he was in California. He fled California after the crime, moving to Florida and changing his name, they said.

Witnesses at the time reported seeing the little girl speak to a man who appeared to be in his 20s or 30s and was in a turquoise van and, last year, the Newport Beach police department scored a lead in the case that had frustrated them for so long. They used DNA evidence that the killer left on Linda’s dress to figure out what he might look like decades later. That evidence allowed officials to home in on suspects.

Authorities put together a sketch of the suspect, but also decided to bring O'Keefe "back to life," to put a face and voice to what otherwise could be like a ghost to many people.

Officials turned to social media, and tweeted as Linda: “Now, 45 years later, I have a voice again. And I have something important to say. There’s a new lead in my case: a face. A face that comes from DNA that the killer left behind. It’s technology that didn’t exist back in 1973, but it might change everything today.” Newport Beach police also recreated Linda’s kidnapping and murder on social media.

"The tweets extend the period of time that Linda's story can be out there for people to relate to," Newport Beach police spokeswoman Jennifer Manzella said last year. "We want as many sets of eyes on that sketch as possible so somebody can recognize the face of a killer so we can get justice."

“As the Orange County District Attorney, I am committed to protecting the community," the statement said. "My office will never forget about cold cases. Our hearts go out to the victim and the victim’s family in this case, having to endure decades without answers. We will make sure that the defendant is fairly and justly held accountable in a court of law.”