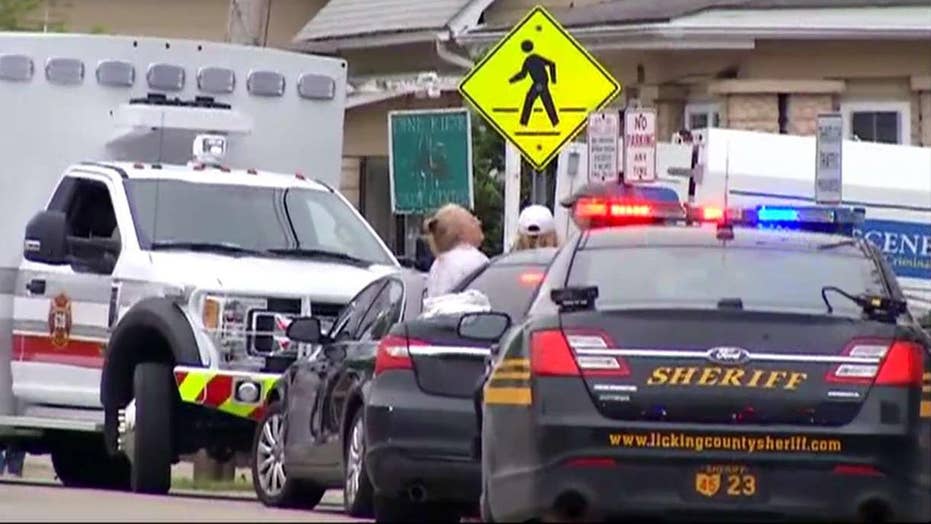 Police have identified the man accused of killing three people at a nursing home in Ohio on Friday morning.

An officer on scene confirmed to FOX 28 that 43-year-old Thomas Hartless is the man suspected of shooting Kirkersville Police Chief Steven Eric DiSario and two employees at the Pine Kirk Care Center in the small community of Kirkersville.

When the shooter got close the nursing home, he took two passers-by as hostages; they were both later released, unharmed.

A motive for the shootings was unclear.

The last radio transmission from Disario informed dispatch that he had the gunman in his sights. When backup units arrived, they found Disario's body in the street.

The names of the other two victims, both women who worked at the nursing home, have not been released.

Disario had six children and another baby on the way, Thorpe said.

VIDEO: RELATIVE OF MURDER VICTIM LUNGES AT KILLER IN COURT

Witness Jeffrey Griffin said he heard the gunshots while dropping his kids off at a babysitter’s house. He said people “took off running” from the Pine Kirk Care Center, and he was “pretty stunned.”

Police had previously told people in the area to stay inside their homes. Kirkersville Elementary School went on lockdown during the incident and closed for the day.

Kirkersville is about 24 miles east of Columbus.

The shooting closed down the main street in the village, which was flooded with police officers from several surrounding agencies and with ambulances.

The state Bureau of Criminal Investigation is leading the probe into what happened.